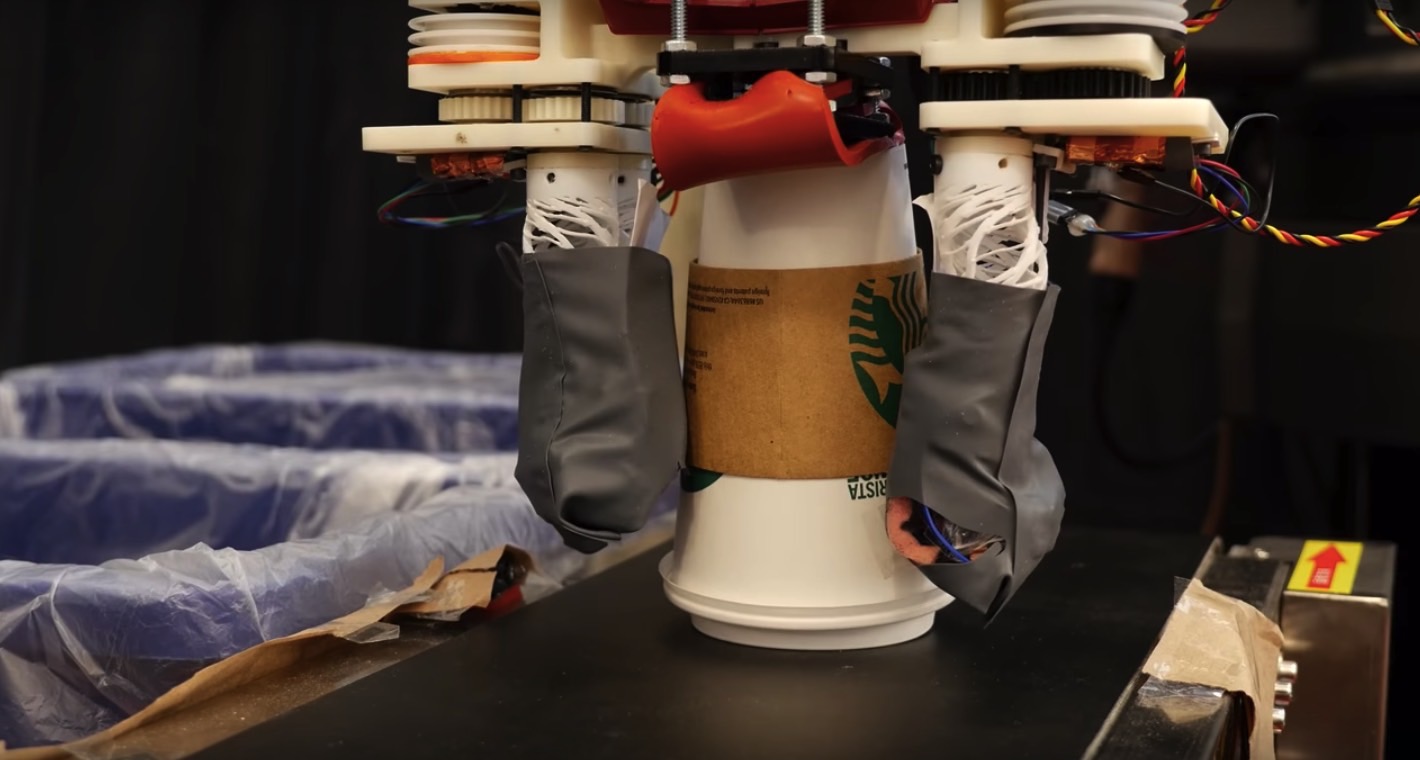 Automating recycling seems like the smart thing to do when considering the incredible amount of waste we humans produce every year. But robots can’t easily tell materials apart just by looking at them with the help of cameras. That’s why sifting through piles of recycled material that can include paper, plastic, and metal is often a laborious task for machines.

But MIT’s RoCycle robot concept can tell paper from plastic and metal and dispose of the objects fed to it accordingly. The robot does all of this without cameras, but rather the help of sensors embedded in hands-like arms — akin to human touch, one might say.

Developed by scientists from MIT CSAIL and Yale, the robot detects whether an object is made of paper, metal, or plastic by touching it with a special type of hand.

These hands are made of a material called auxetics, which gives the robot more dynamic moment than robots featuring “hands” powered by air pumps and compressors.

A regular motor powers the hands, which touch each item that needs to be recycled. The sensors can distinguish between the hardness of paper, plastic, and metal, and they can also get a sense of how big the object is. For metal, electrical conductivity is used:

The team’s gripper first uses its “strain sensor” to estimate an object’s size, and then uses its two pressure sensors to measure the force needed to grasp an object. These metrics – along with calibration data on the size and stiffnesses of objects of different material types – is what gives the gripper a sense of what material the object is made of. (Since the tactile sensors are also conductive, they can detect metal by how much it changes the electrical signal.)

RoCycle was found to be 85% accurate at detecting materials when stationary, and 63% accurate when using a simulated conveyor belt. That’s without the use of cameras. The researchers hope to combine the tactile system with a camera system that would further improve the accuracy of recycling robots.

The video below shows RoCycle in action, and you can read more about the tech behind MIT’s recycle robot here.