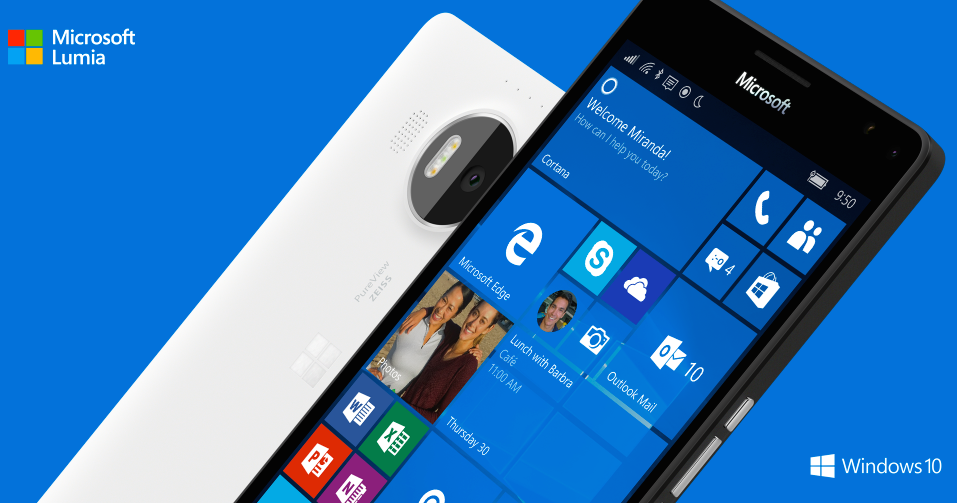 Microsoft is doing a lot of things right these days and not just in the realm of enterprise software and services that have traditionally been its main strength. It’s shown that it can have a very competitive hardware business thanks to not just gaming consoles like the Xbox One but also with touchscreen laptops like the Surface Pro 4 and the Surface Book. However, there’s one serious weak spot in Microsoft’s lineup that shows no signs of getting better anytime soon: Smartphones.

For whatever reason, Microsoft just doesn’t get smartphones. That’s really the only explanation I have for why its attempts at making mobile software and hardware continue to lag behind Apple and Google. The Verge’s Tom Warren recently drove this point home with his review of the new Microsoft Lumia 950 XL in which he not only bemoaned the major lack of apps available for Windows Phone but also the phone’s overall design itself.

“The Lumia 950 XL design is simply boring,” Warren writes. “It’s uninspired, plasticky, and looks like any other low-end Lumia that Microsoft has been churning out over the past year. If you’re someone that believes Windows Phone is dead, this is the casket you’d bury it in. It looks like a developer device, and feels like whatever talent was left at Microsoft from Nokia just gave up on designing anything pretty.”

Ars Technica’s Peter Bright similarly wasn’t overly impressed by the Lumia 950, which he said simply wasn’t good enough to win over any converts even though it represented a welcome upgrade for people who already use Windows Phone.

More than any other product in recent memory, I have struggled to understand the point of Windows Phone. Yes, Microsoft still rules the desktop and laptop market and it makes logical sense for it to also offer a mobile platform. However, every time I take a look at what Windows Phone is offering, I have no idea why I would want to invest in it. Even BlackBerry in its current state does offer a truly secure mobile platform that is appealing to some professionals who really can’t afford to have any security mishaps.

But why Windows Phone? Microsoft has never bothered to answer that question. And given how it still hasn’t answered that question after all these years and after the release of Windows 10, it’s doubtful that it ever will.