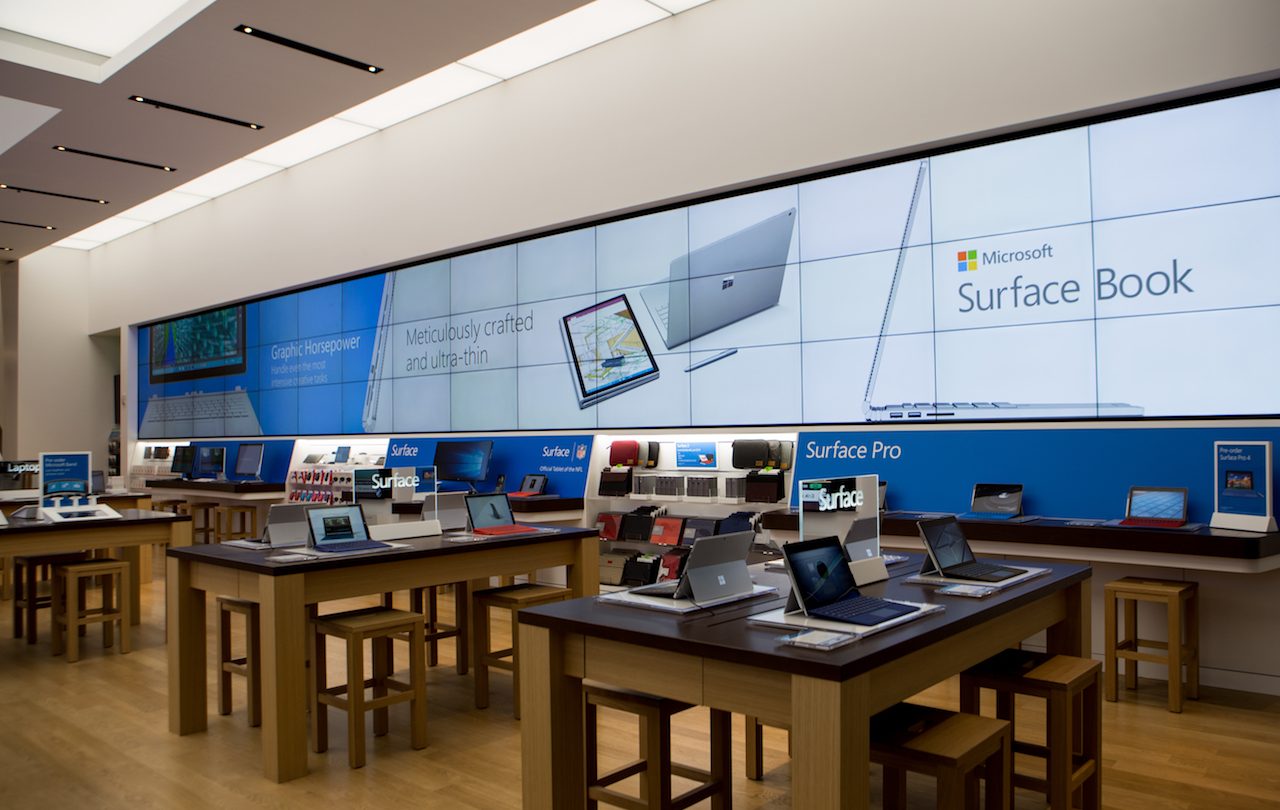 It’s not every day that we get to write about lines out the door at Microsoft retail stores around the country, but today isn’t quite like any other day.

On Monday, Microsoft officially launched the Surface Pro 4 tablet and its first ever laptop — the Surface Book.

READ MORE: Steve Ballmer: Microsoft investing in Apple ‘might have been the craziest thing we ever did’

Based on all of the pre-release hype, it’s not all that surprising to see consumers anxious to get their hands on the slick new Surface devices, but we would never have predicted such a huge reaction.

Over at Windows Central, readers have been sending in photos from retail stores around the country where fans are lined up to buy (or at least test out) one of the new Surface devices. And we know they’re lining up for Surface, because when was the last time you saw anyone lined up outside of a Microsoft Store?

It’s also worth noting that the Surface Book is already sold out online, so unless you’re willing to wait 4-5 weeks for the next shipment to arrive, you’re going to have to leave your home to find one.

Tom’s Guide Editor-in-Chief Mark Spoonauer trekked over to the grand opening of the 5th Avenue location in New York City as well to snap a few pictures, and although it’s not quite comparable to what you might see on iPhone launch day, it’s still an impressive crowd, especially for devices in the $1,000+ range.

It's not Apple long but decent size line outside #Microsoft flagship store on 5th Ave. Opens at noon. pic.twitter.com/0qN4SbRhRS

The NYC store opens at 12 p.m. ET on Monday, with a Halo 5: Guardians launch event beginning at 9 p.m. ET. Then, the store will host New York Jets quarterback Ryan Fitzpatrick and running back Chris Ivory to celebrate the launch of new Surface devices on Tuesday at 6 p.m. ET.