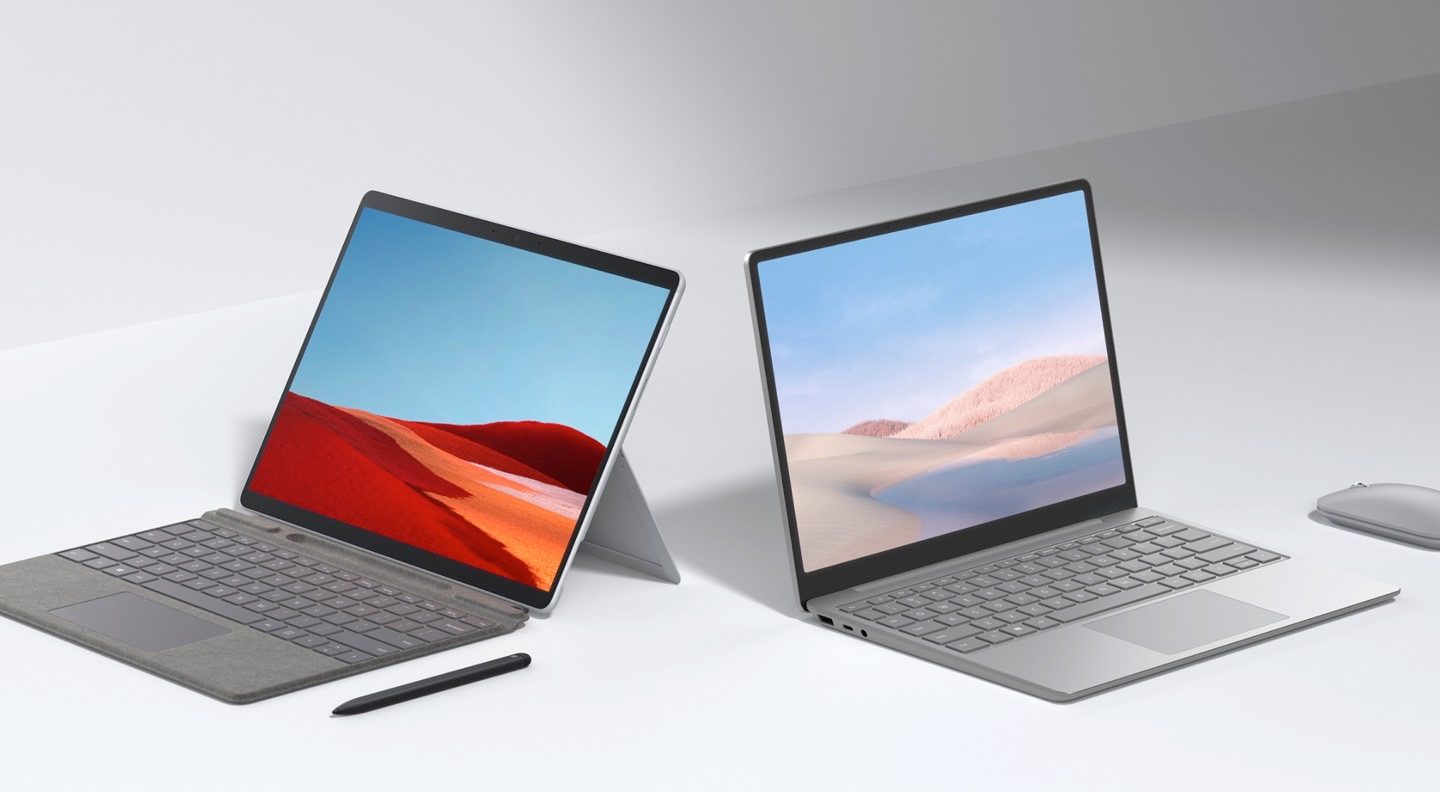 Remember those rumors that said Microsoft planned to launch an improved Surface Pro X hybrid and a more affordable Surface Laptop this fall? It turns out they were right on the money, as Microsoft quietly unveiled those two devices on Thursday. There was no virtual press event, however, Microsoft did post several videos on YouTube, including a short presentation featuring several Surface executives, including Surface chief Panos Panay.

The new Surface Laptop Go might prove to be precisely the kind of laptop you need while home during the novel coronavirus pandemic. Whether it’s work from home or school from home, chances are that you might need more, ready-to-run video chat and productivity apps. Starting at $549.99, the Surface Laptop Go is one of the most affordable Surface laptops you can buy.

The laptop features a 12.4-inch PixelSense touchscreen display, a full-size keyboard, and a “large precision trackpad.” Laptop Go also comes with a fingerprint sensor embedded in the power button, a 720p video camera, and Studio Mics to handle video conferencing tasks. The laptop packs Omnisonic Speakers and Dolby Audio surround that could come in handy for both video calls and video streaming.

The Surface Laptop Go battery lasts for up to 13 hours and comes with fast charging support (80% charge in one hour). However, the Laptop Go needs a custom charger (Surface Connect) rather than USB-C charging. The laptop does support USB-C for file transfer and features a traditional USB-A port as well.

The 2020 Surface Pro X is Microsoft’s continuation of its Windows on ARM project. The first-gen hardware was well received, but reviewers criticized the software availability. Things will hopefully improve this year when it comes to apps that can run on Windows 10 on ARM. Microsoft does say it fixed one of the worst things about the first-gen model. Surface Pro X will run 64-bit apps with x64 emulation later this year.

As for the Surface Pro X hardware, it’s certainly getting better. Microsoft packed a SQ2 processor inside the tablet/laptop, which is likely a version of Qualcomm’s new Snapdragon 8cx Gen 2 5G processor without the 5G part. The Surface Pro X does support 4G LTE connectivity.

The base configuration is $500 more expensive than the first-gen, featuring double the RAM and storage, at 16GB and 256GB, respectively. A $1,799.99 model will get you 512GB storage, although the SSD is user-replaceable. The Surface Pro X keyboard is sold separately, as is the Surface Slim Pen.

The new Surface Pro X will be available in three colors, including Platinum, Ice Blue, and Poppy Red, and the Surface Go also comes in three options, including Ice Blue, Sandstone, and Platinum. Preorders will ship on October 13th.