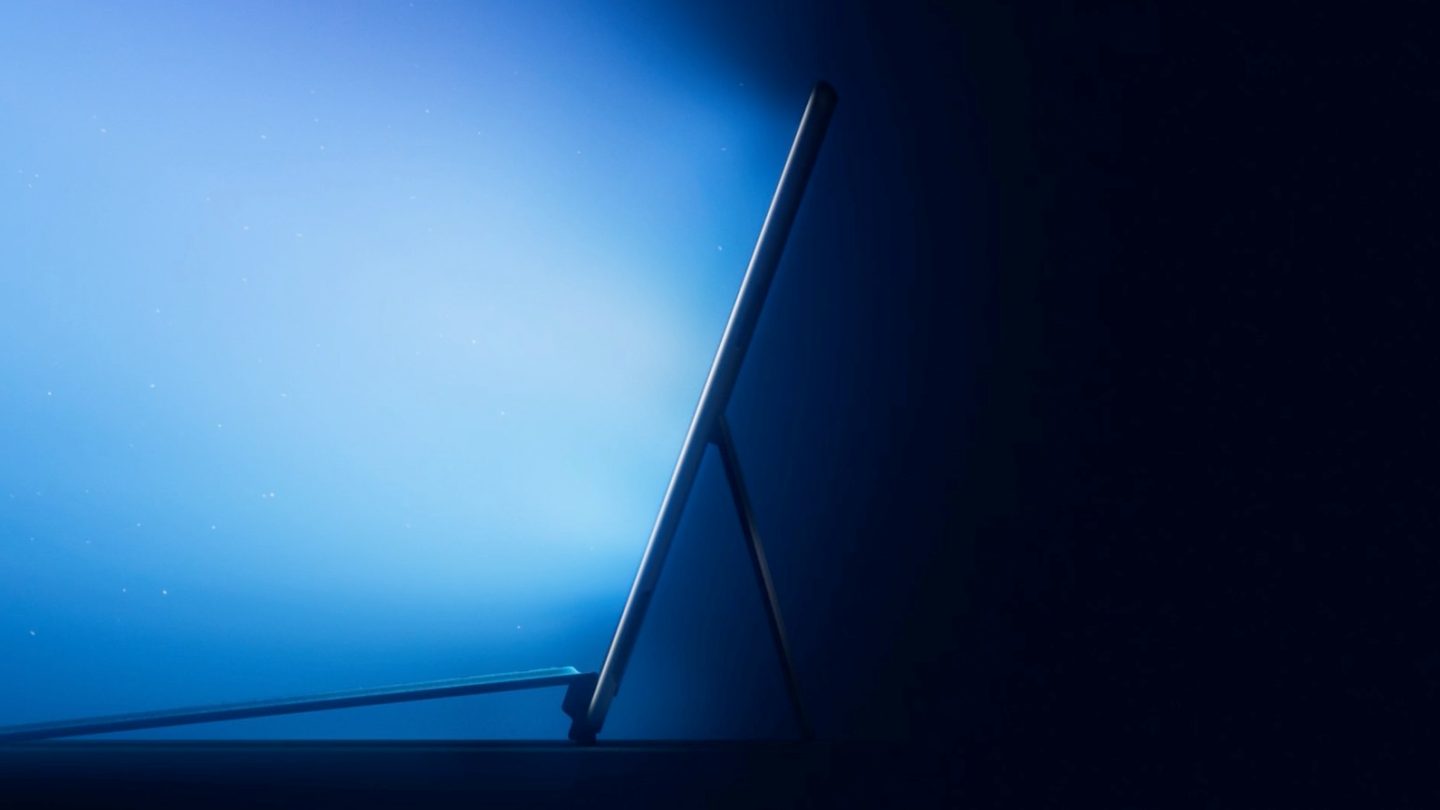 The fall season is approaching fast, and it’s always an exciting time for smartphone buyers in the market for new devices. The newest iPhone is typically the most anticipated handset of the fall, and that honor goes to the iPhone 13 this year. But Apple’s rivals usually unveil plenty of iPhone competitors before or after the iPhone announcement. Microsoft might be one of them this year. The company’s next-gen Surface Duo Android smartphone might launch just a week after the iPhone 13 arrives. That’s because Microsoft just announced its mid-September Surface hardware event, where it will unveil several new Surface devices.

It’s not just the Surface Duo 2 Android phone that we expect to see at the September 22nd press event that Microsoft just unveiled. If there’s anything that we’re sure of, it’s that Microsoft is about to launch new Surface PCs. The invite below that Microsoft posted on Twitter makes that abundantly clear.

We’re looking at the profile of a Surface 2-in-1 tablet with a Type Cover attached. It’s unclear what device this is, but we just saw rumors saying that the Surface Go 3 launch might be just around the corner.

Teaser image aside, the Surface Go 3 will probably not be the only Surface PC refresh shown at the show. Rumors say that Microsoft is looking to replace the Surface Book flagship with a different form factor. The new flagship will not have a removable display like the Book series but could borrow elements from the Studio all-in-one design.

Rumors aside, one big event this year indicates Microsoft’s Surface PC announcements might be more important than the second-gen Surface Android handset. Microsoft announced Windows 11 earlier this year, and the final version of the operating system will drop in early October. Some consumers will need new hardware to run Windows 11, and that’s why the next Microsoft event will make a big deal about Surface computers.

With all that in mind, the Surface Duo 2 isn’t any less exciting. It might be running Android, but rumors say this Microsoft smartphone will fix many problems reviewers identified in the first-gen dual-screen handset. People generally liked Microsoft’s design and build quality for the Surface Duo. But they criticized the dated specs, the camera, and the overall experience. Microsoft repeatedly cut the Surface Duo price in the past few months, as the device just isn’t selling.

Rumors say that the new Surface Duo 2 will have a top-of-the-line processor, a triple-lens camera, 5G connectivity, and NFC. It’ll still be a dual-screen phone in a world where great foldable handsets exist. And it’ll be an Android phone coming from an unusual vendor. But even so, this sort of Surface Duo flagship device will be an iPhone 13 challenger.

Apple should launch the iPhone 13 on September 14th, according to most rumors. The iPhone 13 variants would hit stores on September 24th in such a scenario. If Microsoft unveils its second-gen Android handset during the virtual press release on September 22nd, it might do it in the middle of iPhone 13 preorders, around the time the first iPhone 13 reviews will come out.