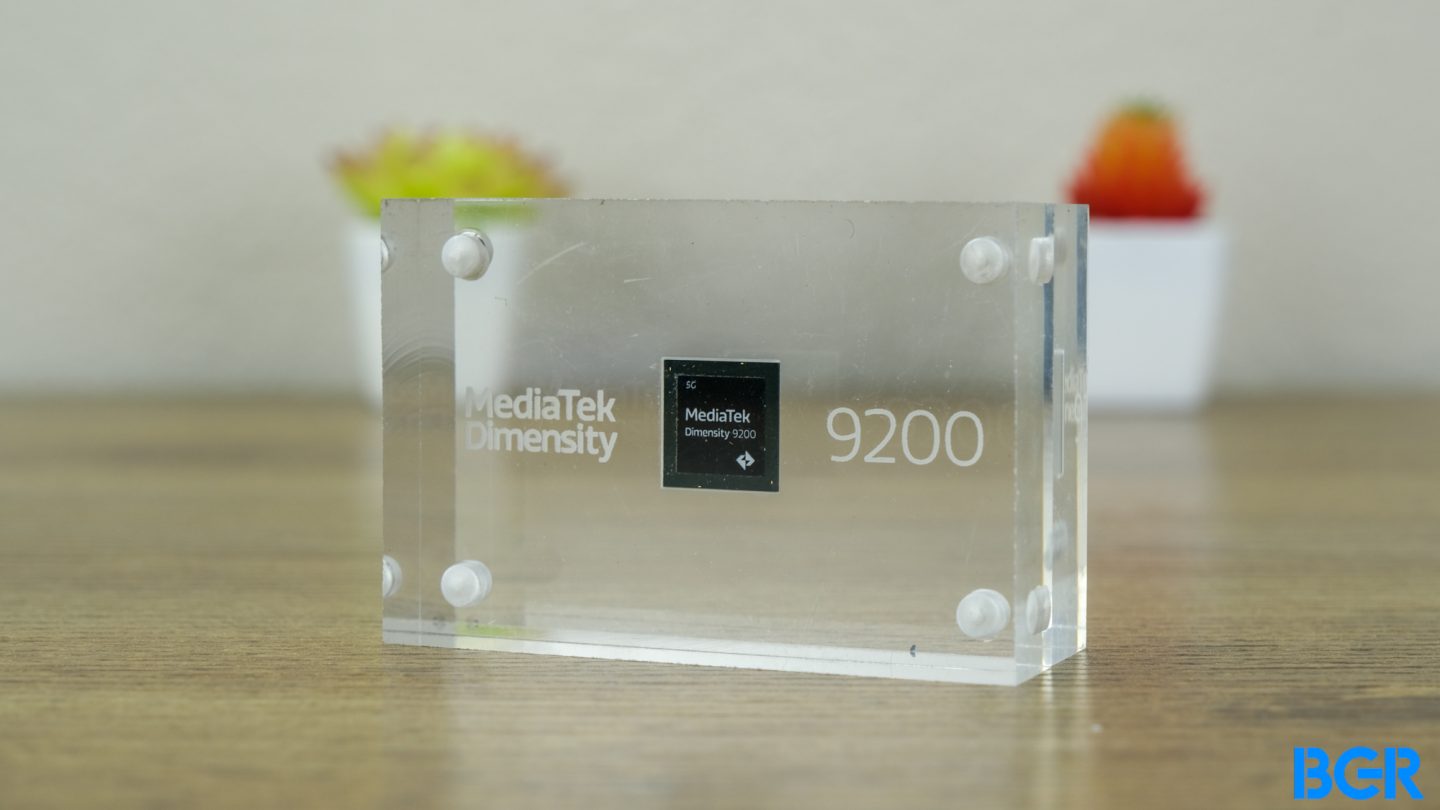 MediaTek is bringing even better performance to its flagship chipset. The company has announced the new MediaTek Dimensity 9200, which is built to power the next wave of flagship phones, compete with the Snapdragon 8 Gen 1 and Qualcomm’s expected next-gen chip, and more.

Specifically, it seems as though MediaTek is focusing on gaming with the new Dimensity 9200. According to the company, the Dimensity 9200 boasts enough power efficiency to deliver all-day gaming, better 5G support, and more.

Here’s everything you need to know about the new MediaTek Dimensity 9200.

The new chipset follows a similar overall core structure to the previous-generation model, with one big core, three slightly smaller big cores, and four little cores. The improvements to the chipset largely come from the fact that it’s built on TSMC’s second-generation 4nm process, helping give it better overall performance in a similar-size chipset.

The chipset improves on other aspects of performance too — like with faster storage. The chipset offers UFS 4.0 storage support. And, with LPDDR5X support, you’ll get memory speed of up to 8533Mbps.

The GPU is getting some huge improvements too, though. The Dimensity 9200 features  the new Arm Immortalis-G715 GPU, and that enables hardware raytracing. Of course, games themselves will need to be developed to take advantage of this feature, so you may not see a night and day difference right away — but it is a step in the right direction for high-end mobile gaming.

It also offers motion blur reduction for a more detailed image, and MediaTek’s Frame Rate Smoother 2.0 technology — though that’s not new to this chipset.

There are some big improvements in the camera department too, thanks to the new Imagiq 890 sensor. MediaTek says it’s its first chipset to feature native RGBW sensor support, which should help make for 30% brighter images. And, it has the company’s second-generation AI video engine, and can stream HDR video from multiple cameras at a time.

Some of the camera improvements come in the form of power savings. For example, the Dimensity 9200 uses up to 12.5% less power while capturing 8K video at 30 frames per second.

MediaTek has long been one of the leaders in the connectivity space, and the Dimensity 9200 proves why. The chipset offers WiFi 7 support with download speeds of up to a massive 6.5GHz. And, despite those huge speeds, it also features power savings of up to 70% using MediaTek’s WiFi UltraSave.

Along with WiFi 7, you’ll also get improved 5G support. The chipset offers the new R16 modem, and, of course, supports Sub-6 and mmWave, and MediaTek says it should better recover from dead ones using artificial intelligence — so you’ll be connected more often, even in areas with patchy coverage.

So what phones will feature the next-generation MediaTek Dimensity 9200? Well, we don’t know just yet, but it’s expected that the company will announce some devices in the near future. We’ll update this article if and when it does so, and MediaTek has announced that phones featuring the Dimensity 9200 will be available before the end of 2022.