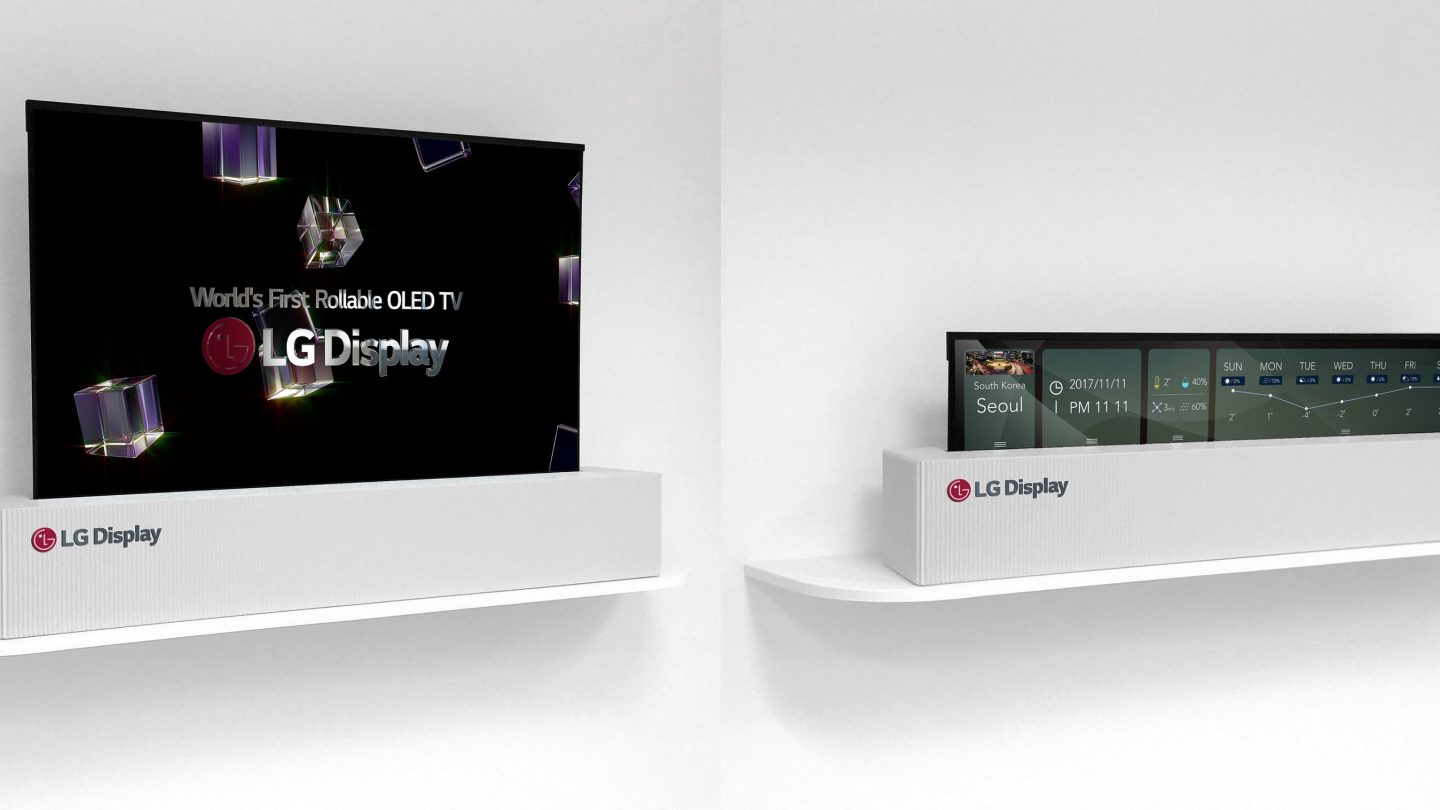 LG last January unveiled TV sets that roll up like posters, but that was just a concept that wasn’t ready for an actual commercial launch. However, things will change next year, as the Korean giant is hoping to revive its ailing TV business by bringing this novel form factor to life in the real world.

Samsung may be the king of OLED screens for smartphones, but LG has virtually no competition when it comes to OLED TV sets. And now, Bloomberg says that the novel TV form factor is coming to stores next year:

The envisioned 65-inch TVs will retract automatically at the touch of a button like a garage door, the person said on condition of anonymity because it’s an internal matter. They will sport organic light-emitting diode or OLED screens, which produce crisper images and fold more easily than traditional LCD or liquid-crystal display panels.

It’s unclear how much the TV will cost, but OLED TVs, are more expensive than their LCD counterparts. OLED TV sales are expected to grow by 70% next year, reaching 4 million units from an estimated 2.35 million in 2018. Overall, OLED TV sales accounted for 1.1% of the market this year.

The report also notes that LG is working on launching a 5G phone in the US with Sprint. The device is expected to be unveiled at MWC 2019 in February. Interestingly, Bloomberg says that LG has no plans to launch a foldable smartphone next year. Previous rumors said a foldable LG handset was in the making, with the company expected to unveil it at CES 2019 in January. LG apparently doubts the profitability of such a device.

The report also notes that Samsung is working on scrollable and stretchable screens that could end up in smartphones in the future. Samsung has already unveiled its first foldable phone, which is expected to cost around $2,000 when it launches next year.