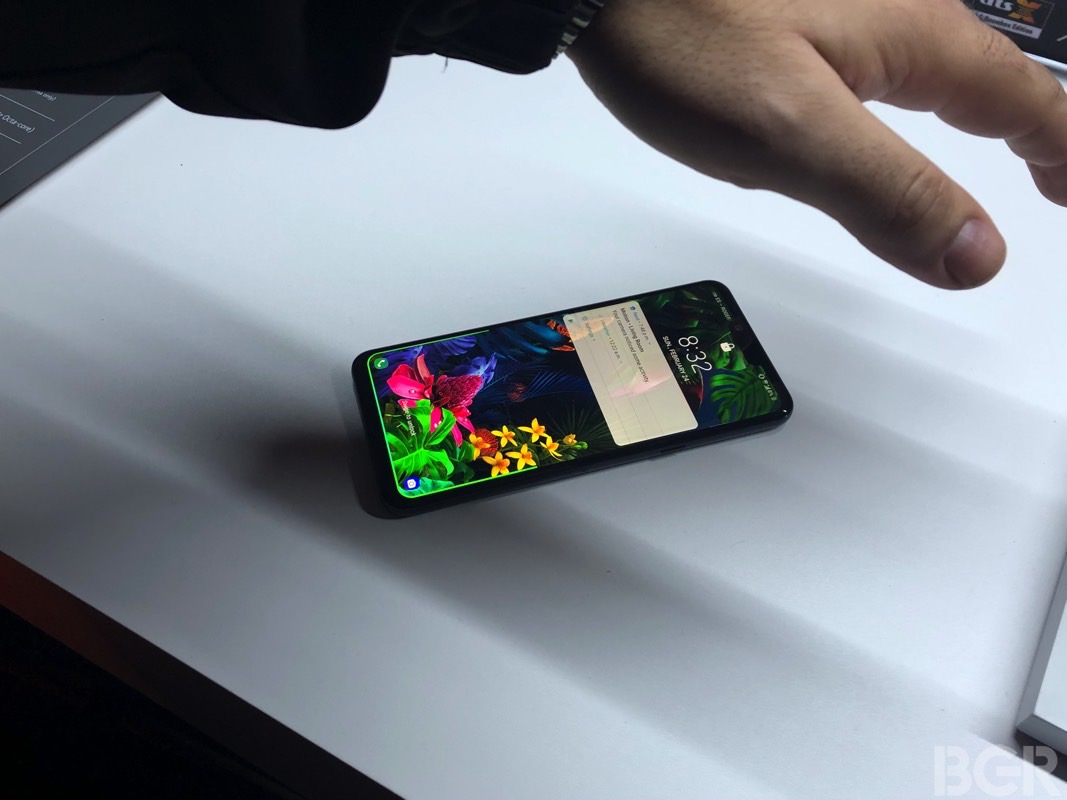 The day after LG Electronics announced that its latest flagship, the G8 ThinQ, would arrive in the US on April 11, the company took an extra step behind the scenes as a result of all the cool features it’s packed into the phone like touchless controls and its innovative audio experience.

On Friday, LG had seven trademarks registered with the European Union Intellectual Property Office that seem to refer to several of the technologies that will be included with the G8 ThinQ, for which pre-orders started on Friday and pricing begins at $819.99 alongside a variety of promotional offers.

For example, three of the trademarked names make reference to the new “Crystal Sound” OLED Speaker technology that uses the display as an amplifier. For that, LG has trademarked the names Audio Display, Display Sound and LG Magic Speaker. The trademark documentation, which was spotted by Dutch tech news blog LetsGoDigital, uses the same description for all three of those names: “OLED screens that act as an audio amplifier and audio speaker.”

In the announcement this week of the handset’s US availability, LG North America president and CEO William Cho called its the company’s most innovative yet, with features “never before seen on a phone.” Among the other now-trademarked features, LG is also calling its time-of-flight front-facing camera the LG Z Lens. LG bucked the trend other companies like Oppo and Huawei are pursuing, of placing the time-of-flight camera at the back, with LG’s also providing improved facial recognition and the capability for more augmented reality applications, to name a few uses.

LG Face Code is the name given to the feature that allows users to unlock the handset using facial recognition. The front-facing camera actually does a 3D scan of your face, which seems to be the thinking behind this name for the unlock feature. Meanwhile, the company has decided to trademark the name LG Air Click to refer to the ability to interact with its smartphones through hand gestures, something LG was calling “Air Motion” during at least one early presentation showing off the G8.

The last new name to point out is LG 3D Eye. That’s what LG is calling the software capability that can recognize the “shape, thickness and other characteristics of the veins of a user’s hands,” according to the trademark documentation.

Palm-scanning is another way of unlocking the G8 ThinQ, thanks to “3D Eye.” You aim the phone at your hand, and it scans the actual veins in it.

For more information about LG’s upcoming phone, check out our earlier report which includes a list of specs as well as several deals worth grabbing if you’re interested in the model.