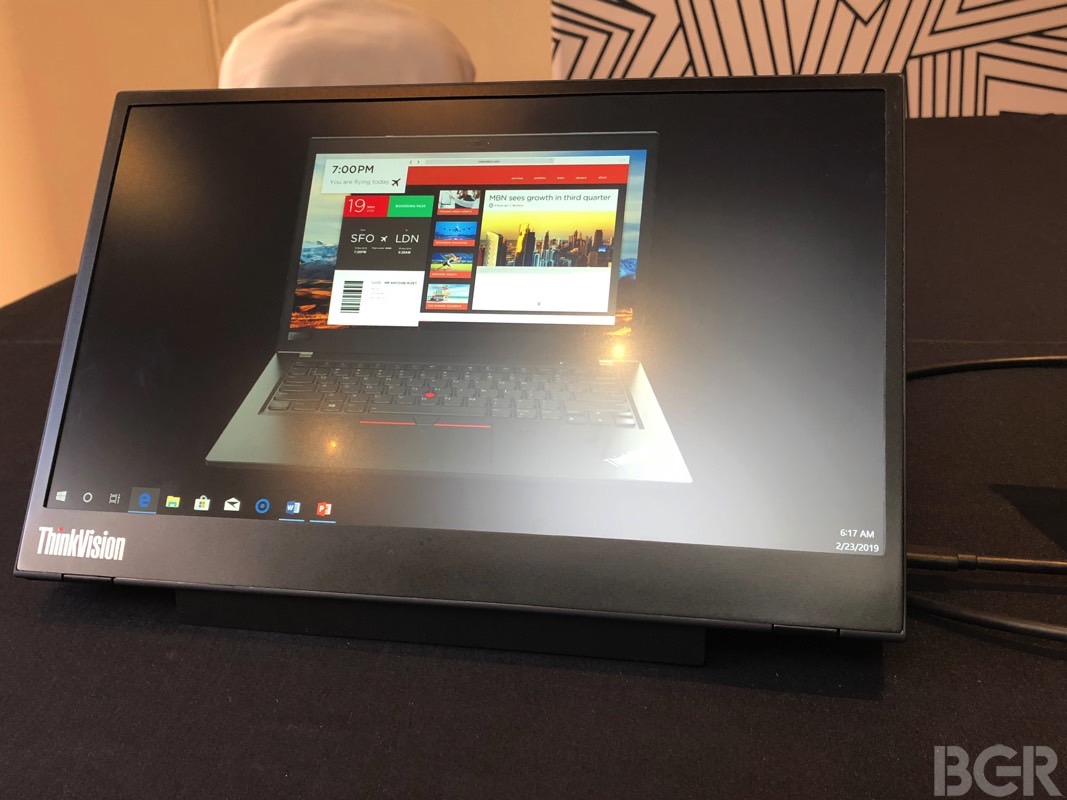 If you’ve ever found yourself wishing for a second display to magically materialize next to your computer during a trip, then you’ll probably want to remember this product name: Lenovo ThinkVision M14. It’s a monitor that looks a lot like a gigantic tablet or a laptop display, which can significantly extend your screen real estate when it matters.

Lenovo’s mobile display will get you a 14-inch Full HD display with 300 nits of brightness that can hook up to your laptop via USB-C with ease. The minimal bezels, the thin profile, as well as it’s slick stand make the M14 look good. When it comes to color performance, we’re looking at 72% NTSC and low blue light emission.

I’ll stress again the fact that the M14 is very thin, measuring in at just 4.6mm. That means it doesn’t have any other components other than the screen. Don’t expect a battery on this one. It’ll get the power directly from your laptop. The monitor has two USB ports placed on either side, which means you can arrange it however you please. The ports do support power and video delivery, so it doesn’t matter which one you use.

The M14 is also very light, at under 600g, and comes with a protective cover for easy transport. You should be able to pack the monitor and laptop inside the same compartment or protective case.  Because it’s so light and thin, I was actually worried I might brake it while handling it, so you’ll probably want to be extra careful when hooking it up.

Finally, the ThinkVision screen comes with a stand of its own that lets you tilt the screen according to your needs while making the screen look good in the process. And if you need to align the display to your laptop, when it comes to height, you’ll discover a second stand that lets you adjust its height to match the notebook.

The M14 will launch in June in Europe, and one of these will set you back €229. We have no release date for the US, but it’ll start at $249 when it does launch.