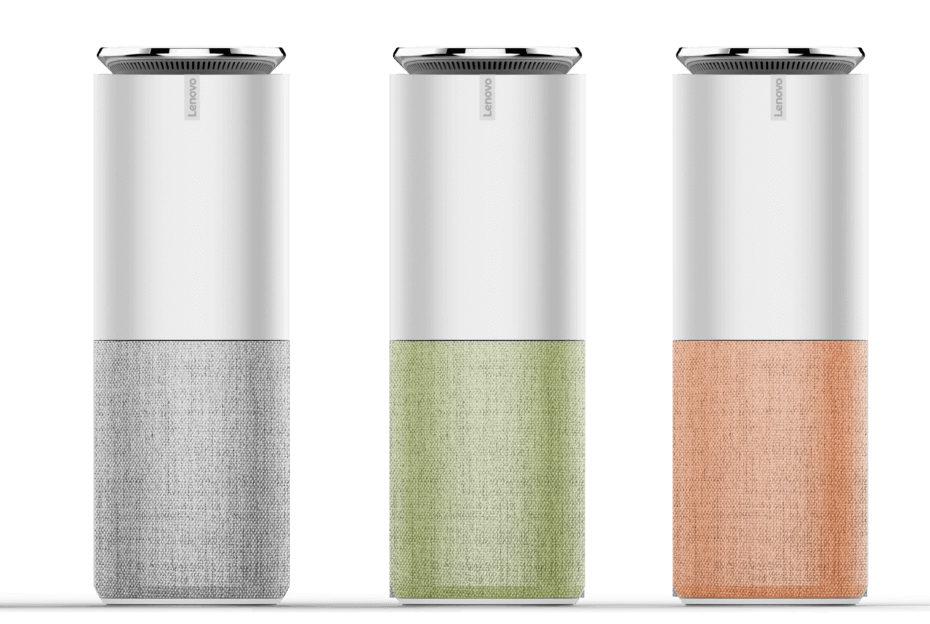 The battle for the smart home continues this year, with CES 2017 being the place where many companies will unveil smart gadgets for your home. Lenovo is one of them, and the Chinese giant unveiled two brand new devices that could brighten up your home, including an Amazon Echo rival that uses Alexa and offers better sound than Amazon’s original, and a Smart Storage solution to fix your storage needs at home.

The Lenovo Smart Assistant looks very much like Amazon’s Echo but seems to be a better version of Amazon’s popular home speaker. For starters, it comes in a variety of colors, but if you don’t care about that, then you should know it has multiple far-field microphones, one more than the Echo.

The best version of the Smart Assistant comes with Harman Kardon sound, meaning it’ll be much better at playing music — or making Alexa heard — than Amazon’s speaker. That special edition version will retail for $180 (the same as the Echo) when it ships in May, while the regular model will cost $130, which is on par with Google Home.

If there’s one thing you should worry about when it comes to Lenovo’s Smart Assistant that’s privacy, The Verge notes. The device will connect to Alexa to answer your queries, but users need to set it all up using a Lenovo iOS or Android app. It’s unclear how Lenovo handles voice, and whether it records it. Amazon and Google have to record your questions to answer them, but you can delete the voice data.

See the strange white thing below? It’s not a desktop computer meant to rival Apple’s Mac Pro. It’s a storage solution for your home that offers up to 6TB of space. And it’s a Smart Storage device, according to Lenovo.

What’s smart about it? Lenovo’s Smart Storage comes equipped with software that uses facial recognition to organize your photo library. You’ll be able to connect to it wirelessly or over an Ethernet cable while at home, but it also works over the internet.

The product will cost $139.99 when it ships in May, although it’s not clear whether you also get the 6TB of storage for that price or not.