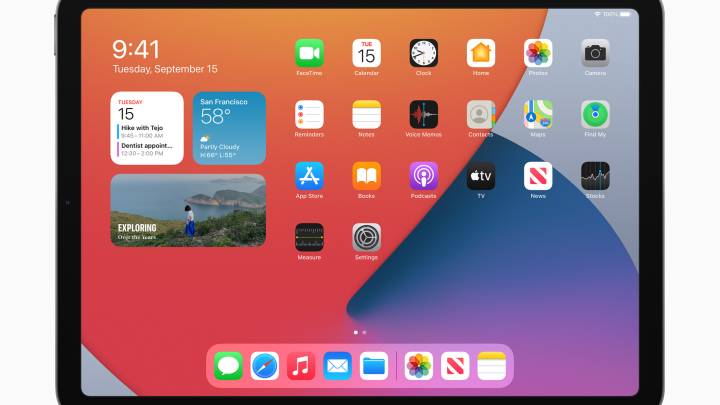 It’s only a matter of time before all of Apple’s mobile devices come equipped with OLED displays, and according to a new report from Korean website The Elec, Apple’s first OLED iPad will debut in 2022. Sources say the new iPad will have a 10.86-inch OLED screen. Also, Samsung will serve as the sole provider of OLED panels for the tablet. The Elec did not actually provide a name for the OLED iPad model, but the display size is identical to that of the current iPad Air.

According to the report, Apple will use rigid OLED and thin-film encapsulation (TFE) on the display of the 2022 iPad Air. As The Elec notes, TFE is a technology typically seen in flexible OLED displays. TFE is made from alternating organic and inorganic layers, which makes screens more flexible and durable. Apple is also expected to use low-temperature polycrystalline silicon (LTPS) thin-film transistors (TFT) and red, green, and blue emission layers. This mirrors the iPhone’s OLED structure.

As The Elec notes, flexible OLED panels could allow for smaller bezels on the new models. Additionally, LTPO thin-film transistors open up the possibility of 120Hz refresh rate displays. Many reports suggest that Apple wants to bring 120Hz displays to high-end iPhone 13 models this fall.

This is not the first we’ve heard about OLED iPad models launching in 2022. Back in March, Digitimes reported that a 10.9-inch iPad with an OLED display would go into production in the fourth quarter of 2021 and launch in early 2022. Analyst Ming-Chi Kuo said the same later that month.