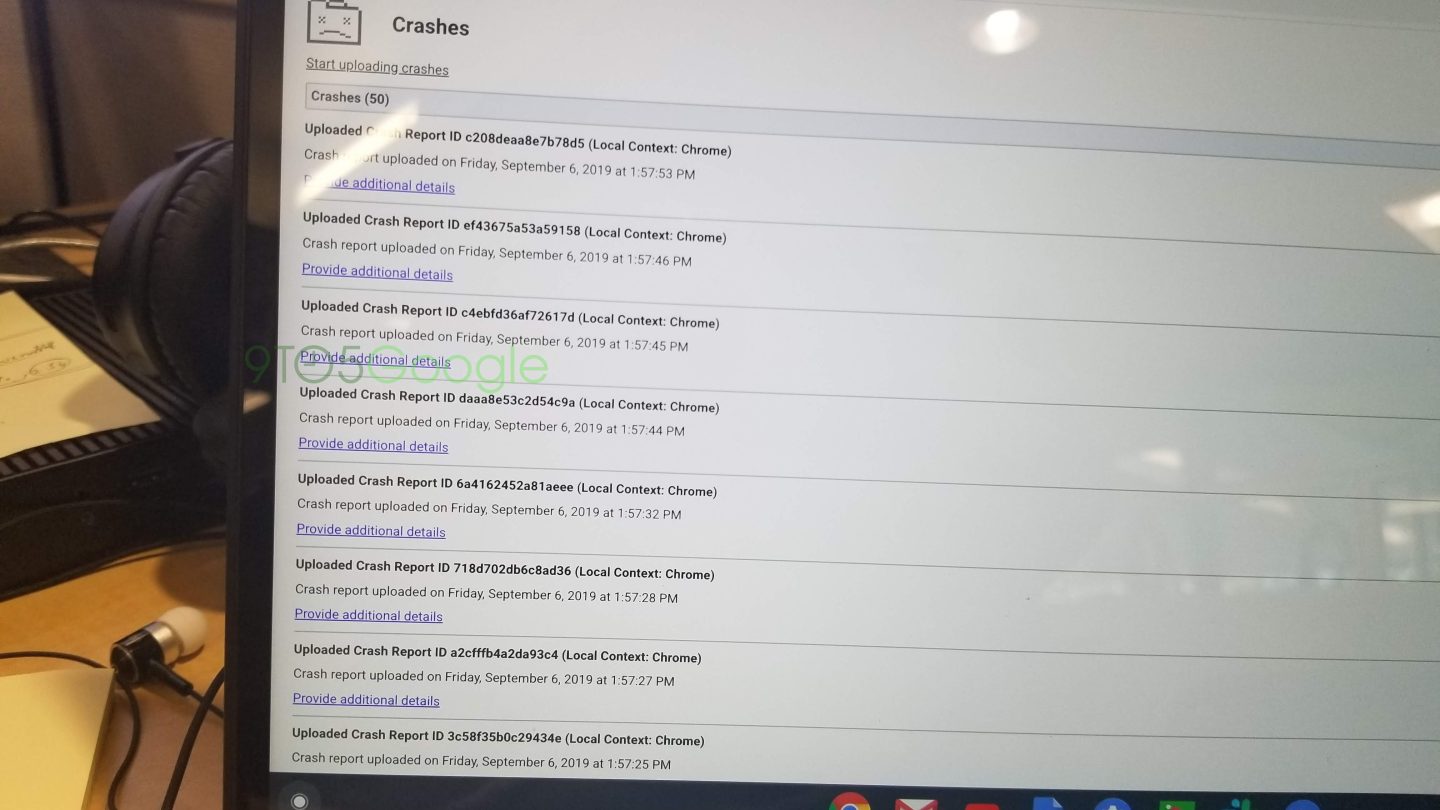 Google’s Pixel 4 and Pixel 4 XL may be the stars of the show at its hardware event next month, but they won’t be the only devices unveiled at the event. Google will undoubtedly bring a variety of new products to its October event, and one of those products might have leaked a few weeks early. This week, 9to5Google shared two new images which appear to feature the display of the unannounced Pixelbook 2 powered on and running.

As 9to5Google notes, a device codenamed “Atlas” has been appearing in rumors and leaked documents since last year, and those rumors seemed to point to the device being a next-gen Pixelbook. Based on those rumors, the design of the Pixelbook would be receiving a modest, but noticeable, update.

Unfortunately, the new leak is more of a tease than anything, as we really only get a good look at the display and the side bezels, and no view of the hinge or the keyboard. Is there a standard power button on the keyboard instead of on the side? Has the 360-degree hinge of the original Pixelbook been replaced with a more traditional clamshell hinge? These images don’t answer those questions, but something is better than nothing:

While we’ll have to wait for another, more extensive leak (or Google’s October event) to see the final design, there is plenty that we do already know about the Pixelbook 2. In an earlier report, 9to5Google claimed that the Pixelbook 2 will have the same processors as the ones found in last year’s Pixel Slate, along with 16GB of RAM. The Pixelbook sequel is also said to feature a 4K display (3840 x 2160) display with a 16:9 ratio.

Google will hold its next big hardware event on October 15th in New York City.