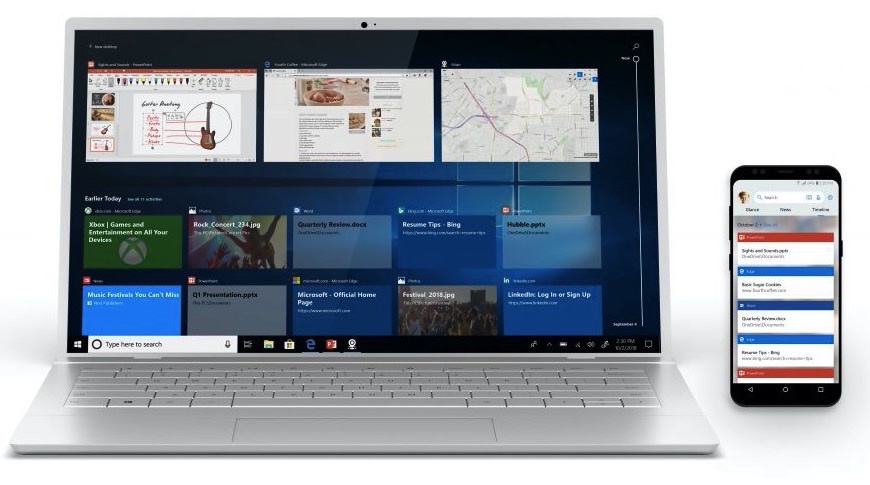 As the designated tech guy around the house, I knew even before my parents told me that their Windows 10 laptop is getting slower and slower that I had to swap the original hard drive with one of the solid-state variety, or SSD as they’re called. Having done the same thing to MacBook Pros years ago, I also knew what an SSD could do for them. Windows 10 would run a lot better for their needs, which involve light browsing, Netflix streaming, and the like. And I could postpone the inevitable switch to macOS. After all, they know their way around Windows well enough, so I don’t have to worry about them adapting to macOS.

Little did I know that the upgrade wouldn’t be done in a few hours, and that it’d turn out to be the best and worst laptop upgrade I ever attempted. Spoiler alert, it’s all because of Windows 10, not the laptop or the SSD.

Let’s start with the happy end first. A week later after the upgrade, the Windows machine behaves just as expected. It turns on and off almost instantly, and loading apps, especially web browsers, is just as fast. Wait times have been drastically reduced, and that SSD breathes new life into a dying laptop.

The bottom line is that they’re happy, and I’m happy.

But boy oh boy, I just hate all the pain involved in getting there. I feel like the Avengers after they lost Natasha.

Having performed the same type of laptop surgery on my MacBook Pro years ago, when SSDs were even more expensive than they are now, I knew everything I had to do. I got my external hard drives for data backup, got those tiny screwdrivers a laptop needs, and not one, but two bootable Windows 10 thumb drives.

It was on a Sunday morning that I informed them that the laptop wouldn’t be available for a few hours. I quickly found a teardown video of that laptop model just as I was backing up sensitive data to a different drive. I then went on to strip off all the components that blocked my access to the hard drive and swapped it with the SSD.

That’s when all hell broke loose. The clean Windows 10 installation would not proceed, forcing me to search my way out of the issues I encountered. I quickly discovered I wasn’t alone dealing with these issues. Plenty of people who wanted to upgrade their laptops to SSDs experienced the same issues. I also learned I was chasing my own tail. Windows 10 didn’t like the MBR or GPT version of the drive. If I was able to go a step further, I stumbled into a different mind-boggling error. It didn’t like FAT32. And told me the same thing about NTFS partition. Booting in UEFI or Legacy mode didn’t work either.

Notice how I’m not explaining any of the terms above? That’s because a regular Windows 10 user who’s savvy enough to replace the HDD with an SSD shouldn’t have to know what these things are. The Windows 10 installation should just work, especially if you’re going for a fresh install. You shouldn’t have to browse the web for hours, finding ways to fix whatever is broken, learning what those acronyms are and how to change MBR to GPT from Command Prompt only to revert it back when that doesn’t work either.

After chasing my own tail for a couple of days, I ended up ordering and waiting for an HDD rack to ship. You see, the old HDD is now an external drive; I thought I had thought of everything, but I should have ordered it before starting the whole upgrade process. I then placed the original HDD inside the laptop and cloned it on the SSD. Again, I had to search for apps that would handle the cloning, as there’s no Windows 10 app for that. It sounds like a reasonably straightforward process, but you’ll spend time searching and downloading the appropriate app, not knowing if it’ll work or not. Of course, I had downloaded quite a few apps that could handle the cloning procedure. You know, I figured it would be smart to keep my options open after everything else I had tried.

It took me five days to get the job done, instead of the couple of hours I expected to spend on it. A couple of hours is how long it took to upgrade my MacBook a few years ago. And it was even faster than that when I swapped the SSD with a larger capacity drive later.

I’m both happy it worked and also very frustrated that a company that spent so much time forcing users to install Windows 10 on their machines hasn’t given as much thought to creating user-friendly options of installing Windows 10 on a new drive or cloning the old OS. Windows 10 needs a built-in Time Machine app like macOS.

The next time I have to upgrade that damned notebook, it’ll be to macOS, which comes pre-packaged in new hardware, even if I have to spend all my free time teaching my parents how to get used to a different operating system that has its own tiny quirks and imperfections.