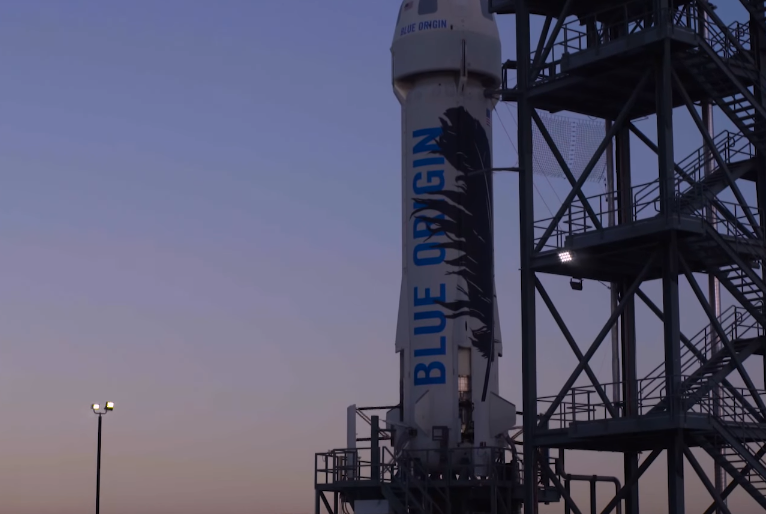 Elon Musk’s SpaceX isn’t the only company out there that’s trying to make reusable rockets a reality. In fact, Amazon CEO Jeff Bezos has founded a commercial space flight company called Blue Origin that just nailed the world’s first reusable rocket landing. While SpaceX has tried landing heavier and more powerful reusable rockets in the past, it has so far been unsuccessful in nailing the landings.

Why are reusable rockets so important, you ask? Well, a big problem with space travel right now is that it’s very wasteful — the rockets that help propel space shuttles into the atmosphere fall off once they reach a certain altitude and are often completely unsalvageable after they crash back down to Earth. Blue Origin’s rocket reached an altitude of 100.5 kilometers in the air before beginning its descent back to Earth and successfully landing on the ground.

It should be noted that this rocket is suborbital, which means it’s not powerful enough to put people into orbit like the ones SpaceX is working with. All the same, this is still a very impressive achievement.

“This flight validates our vehicle architecture and design,” Bezos writes on Blue Origin’s website. “Our unique ring fin shifted the center of pressure aft to help control reentry and descent; eight large drag brakes deployed and reduced the vehicle’s terminal speed to 387 mph; hydraulically actuated fins steered the vehicle through 119-mph high-altitude crosswinds to a location precisely aligned with and 5,000 feet above the landing pad; then the highly-throttleable BE-3 engine re-ignited to slow the booster as the landing gear deployed and the vehicle descended the last 100 feet at 4.4 mph to touchdown on the pad.”

Here’s a video of the Blue Origin rocket landing as it happened:

For what it’s worth, Elon Musk sent out his congratulations to the Blue Origin team this morning via Twitter. It will be interesting to see if Space X tries its hand at landing a smaller reusable rocket or if it continues to aim big with its larger Falcon 9 Reusable (F9R) models.