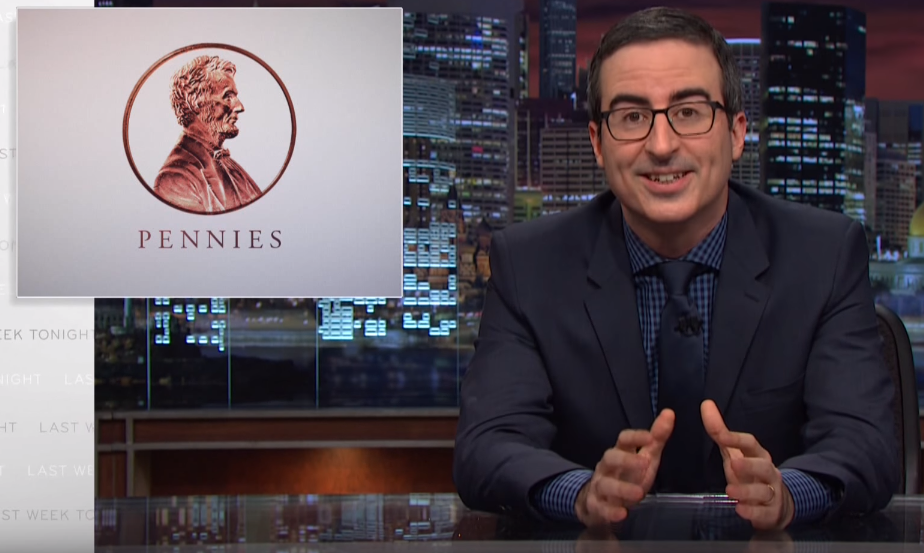 Every year, it seems like someone proposes abolishing the penny and every year pretty much nothing happens about it. While ranting about the uselessness of pennies has gotten tiresome at this point, HBO’s John Oliver refreshes this common complaint with what might be the funniest anti-penny tirade I’ve ever seen. Sadly, however, I still don’t think it’s going to do any good.

RELATED: John Oliver explains how FanDuel and DraftKings are rigged to rip you off

So what’s the case against pennies? Beyond the fact that they’re annoying to have clanging around in your pocket, there’s also the fact that it costs more money to make pennies these days than what the pennies are actually worth. As Oliver explains, the U.S. Department of Treasury spends roughly $136 million a year to create $80 million worth of pennies. He also points out that many Americans have admitted to simply throwing pennies in the trash instead of using them to buy things.

Furthermore, Oliver notes that the U.S. mint has found that there are no possible alternative metal compositions for the penny that would make it cheaper to produce. In fact, the only way to make pennies for less would be to use a substance that’s even more worthless such as “DVDs of The Cosby Show.”

Will America actually get rid of pennies, though? Sadly it probably won’t. In fact, the only way I can imagine dumping the penny would be if we switched completely over to a digital cryptocurrency like BitCoin… and I really can’t see that happening anytime soon.