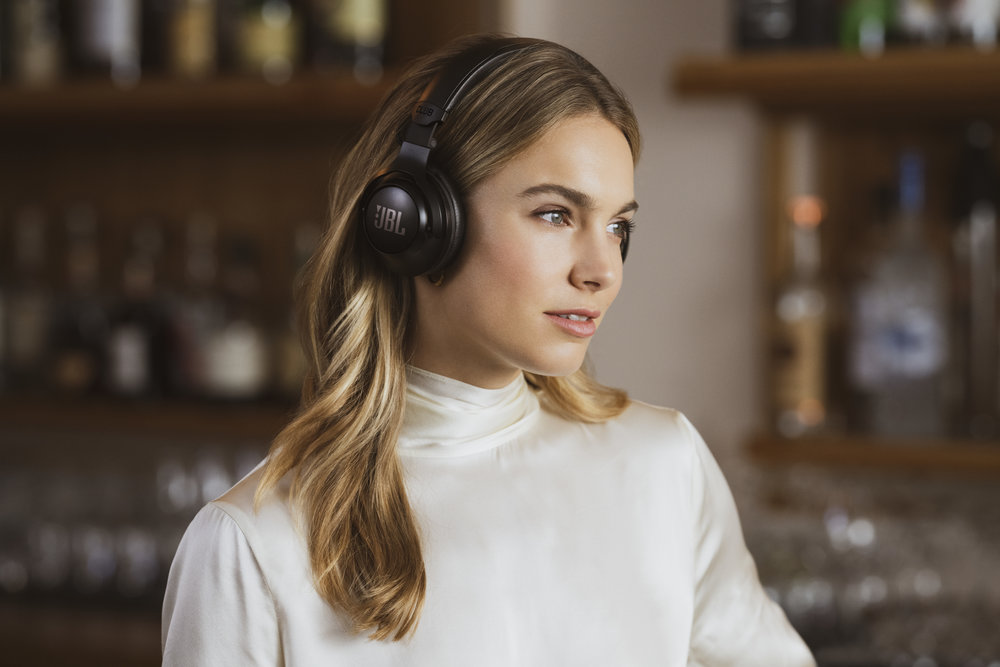 From an expanded headphones lineup to the company’s first Dolby Atmos soundbar — as well as a new portable speaker that delivers big bass audio with 24 hours of playtime and a built-in powerbank — JBL introduced a slew of new gadgets in the 24-hour leadup to the 2020 Consumer Electronics Show opening in Las Vegas on Tuesday.

All of the devices promise leaps forward, in their own way, for JBL, which is owned by Samsung subsidiary Harman. In terms of the new JBL Bar 9.1 True Wireless Surround Sound with Dolby Atmos, for example, this is a soundbar that the company says promises “professional, cutting-edge audio technology” that fits comfortably within consumer living rooms.

Features include a 10-inch powered subwoofer to deliver thunderous bass. There are also four upward-facing Dolby Atmos drivers, and they use room reflections to bounce the sound around from all angles, while two battery-powered detachable wireless rear speakers create an epic 3D listening experience. The soundbar also supports Google Chromecast and Apple Airplay 2.

The soundbar also supports Wireless Bluetooth® streaming, so that users can wirelessly connect smart devices to the soundbar.  It will be released this spring for $999.95 in the US.

Meanwhile, JBL on Monday also introduced a new headphone series that the company says was inspired by touring musicians and comes with such features as advanced noise cancellation and smart assistant technology. This series includes a trio of Bluetooth headphone sets that come in over-ear and on-ear options.

The JBL CLUB Series will be available in black at major retailers and via JBL.com starting this spring, and the headphones are packed with a 1.2m audio cable and microphone, in addition to full metal hinges to support greater durability. Both Google Assistant and Amazon’s Alexa work with the headphones, which also support Harman’s Personi-Fi technologies. Once activated through the My JBL Headphones app, the company says, users are able to customize their listening preferences as the app automatically calibrates the audio to the listener, with a “personal sound curve” that’s permanently stored in the headphone.

“The JBL CLUB series is game-changing,” says Harman Lifestyle Audio Division president Dave Rogers. “Music enthusiasts will experience epic sound made from premium materials that have been designed and tested by some of the top musicians in the world.”

The premiere headphone in the series is the JBL CLUB ONE which the company says has been designed with high-res certified graphene drivers and True Adaptive Noise Cancellation plus SilentNow™ listening capabilities. Among other things, the noise cancellation means that the surrounding environment is monitored “50,000 times per second” and adapted to the right level of noise cancellation for the user’s environment. The technology also compensates for sound leakage caused by factors like eyeglasses and head movement, while the SilentNow feature lets the user touch a dedicated button to switch on True Adaptive ANC mode without activating Bluetooth. You also get 50 hours of playback time, replaceable ear cushions, and much more.

JBL on Monday also unveiled its Boombox 2 speaker, touting its big bass sound and “bold, modern design.” Features include, in addition to the built-in powerbank, the promise of 24 hours of playtime, plus a durable, waterproof design.

The device also supports wireless Bluetooth streaming, as well as coming with an IPX7 waterproof rating. Additionally, you can connect the Boombox to other JBL PartyBoost-compatible speakers for an even bigger sound, and this product will be available starting in the spring on JBL.com as well as via select retailers.