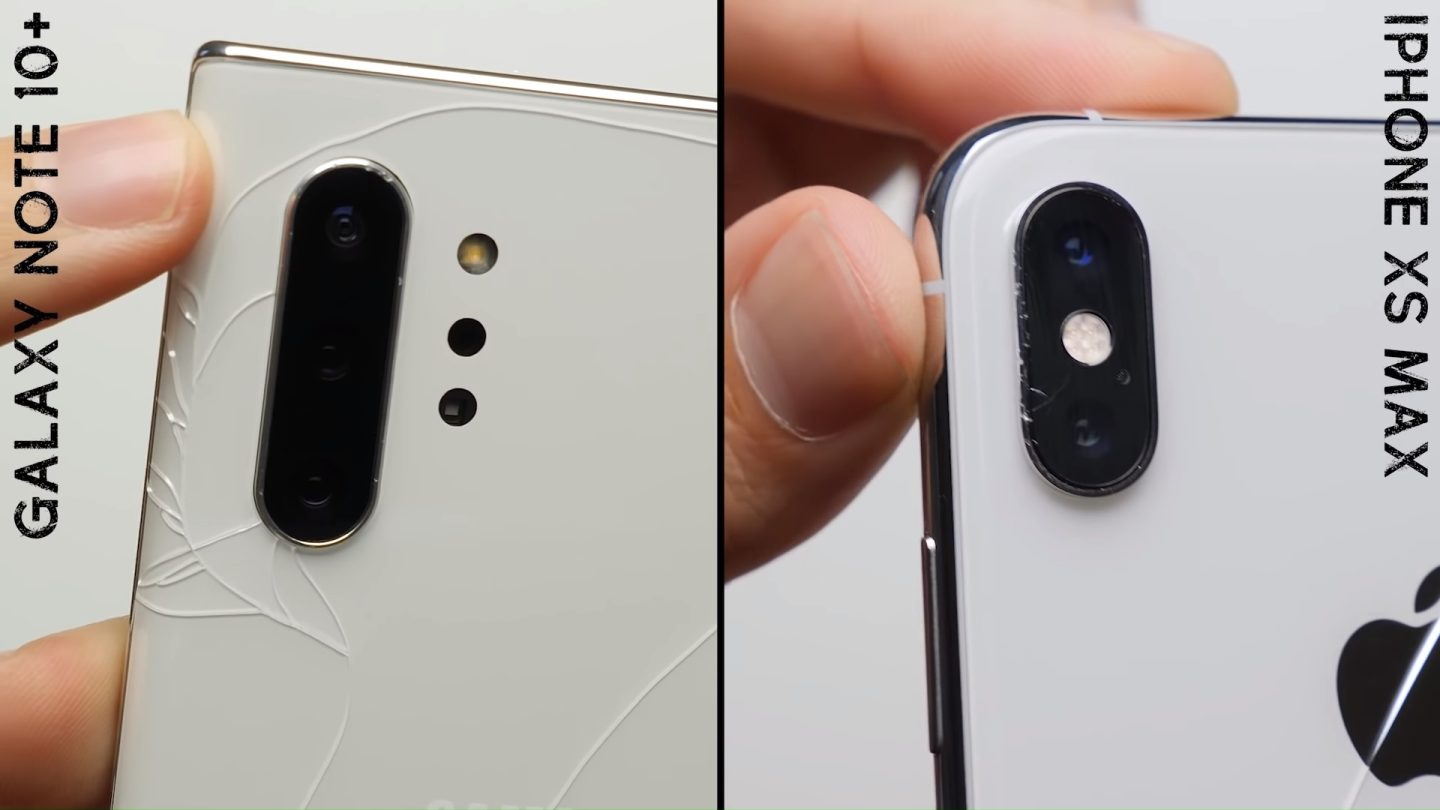 All-screen phones are clearly the future, but that future is substantially more fragile than what long-time smartphone owners may be accustomed to. Both Apple and Samsung have released flagship phones over the last year that have displays which nearly run from the top of the device all the way to the bottom, and as a result, the chances of cracking that display are higher than they’ve ever been. But now that they’re both available to the public, which phone is more durable: Apple’s iPhone XS Max from 2018 or the recently-released Galaxy Note 10+?

As it does with every major phone release, the YouTube channel PhoneBuff stacked the new Galaxy Note 10+ up against a reasonable competitor. In this case, it was the iPhone XS Max, which actually beat the Galaxy S10+ in the same test just a few months ago. But as PhoneBuff notes, Samsung opted to encase both the front and back of the phone in Gorilla Glass 6 this time, rather than just the front. Would it make a difference?

As you can see in the video, the upgraded rear glass didn’t save the Galaxy Note 10+ from significant shattering after being dropped on its backside. The Note 10+ also showed more scuffing when dropped on a corner. But things began to turn around for the Note 10+ when the two phones were dropped on their faces, as they damage to the Note 10+ was far less severe than what the iPhone XS Max suffered.

But the “bonus round” was where the Note 10+ solidified its victory, as PhoneBuff dropped the phone from way up in the air up to ten times (or until the phone stops working). But the Note 10+ never stopped working. Though the screen was thoroughly shattered by the tenth drop, the screen still worked as if nothing had happened. Even the fingerprint sensor was operational. And thus, the Galaxy Note 10+ beat the iPhone XS Max.