There are so many reasons that Apple’s 2018 iPhone lineup is unlike its iPhones in the past. First and foremost, it’s the first time Apple has added a third “R” option to its lineup. We’ve seen plenty of “S” updates in the past, of course, but “R” is brand new. As an aside, you might be wondering why Apple chose the letter “R” to designate the iPhone XR. No one knows for sure, but I think the answer is probably much worse than you ever considered: It’s the letter that comes before “S.” But that’s neither here nor there.

In terms of differences between the iPhone XS and iPhone XS Max, there really aren’t any to speak of other than size. The Max has a 6.5-inch OLED screen while the iPhone XS has a 5.8-inch screen, and the bigger phone also obviously has a bigger battery. Apple has used a few features to separate regular iPhones from Plus models on occasion in the past. Examples are the inclusion of optical image stabilization on a Plus phone before it arrived on a smaller iPhone model, and the dual-lens camera on the iPhone 7 Plus and iPhone 8 Plus.

That’s not the case this time around. The iPhone XS Max doesn’t have any notable features that you won’t also find on the smaller iPhone XS. It turns out that there are a few feature discrepancies to be found if you dig deep enough, though, and a new one was uncovered this week.

As noted by 9to5Mac, the iPhone XS Max has an accessibility feature that people loved on earlier iPhone models but that was missing from the iPhone X last year: Display Zoom. By enabling the feature during the initial iPhone setup or anytime thereafter from within the phone’s accessibility settings, content on the screen appears larger so that it can be seen more easily. Like the iPhone X, the feature is still missing from the iPhone XS. It’s back on the iPhone XS Max though, so people who opt for Apple’s phablet this year will be able to enlarge the content on their displays by enabling the feature in Settings > Display & Brightness > View.

Here are screenshots for comparison: 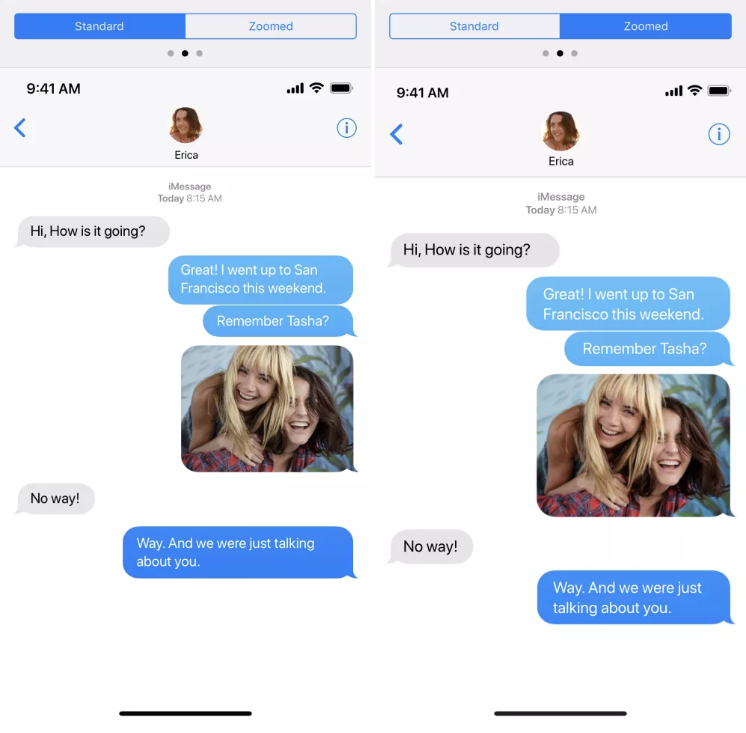