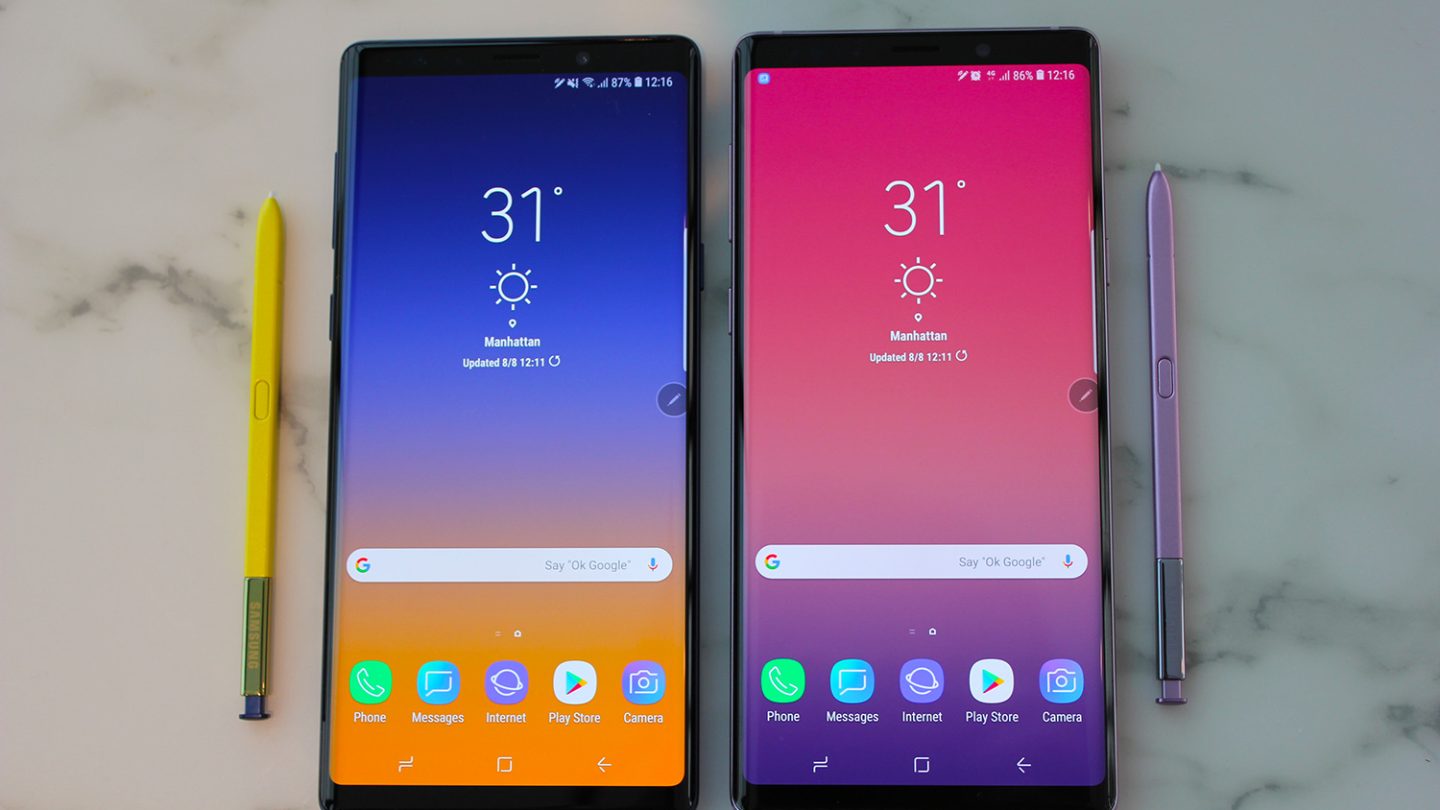 The clumsier smartphone owners among us typically find out sooner than later how breakable their phone really is. But for the rest of us, it’s always nice to see a video demonstration, so we can see just how often our cases are going to save us a hundred bucks or so. With that in mind, PhoneBuff on YouTube returned this week with another drop test video, this time stacking the brand new Galaxy Note 9 up against the iPhone X.

If you’ve seen any of the past PhoneBuff drop test videos featuring the iPhone X, you’ll know that the phone’s ability to survive a nasty fall depends heavily on how it lands. Covered in glass on both sides, the iPhone X and the Note 9 are prone to cracking as soon as they hit the ground, but the iPhone X actually wins this duel.

As you can see in the video below, the first drop leaves the glass back of the Note 9 totally shattered, with spiderweb lines streaking from the bottom of the phone all the way up to the top. The iPhone X, on the other hand, only suffered a nearly imperceptible crack on the side and a scuff mark on the camera lens.

Two drops later, the Galaxy Note 9 has suffered significantly more damage than the iPhone X, though both phones are still operational. In fact, the only round in which the Note 9 wins comes near the end of the video, when PhoneBuff dropped the Note 9 up to ten times to see how long it would take to make the phone unusable. The iPhone X stopped working after just five drops, but the Note 9 was actually still kicking after ten drops.