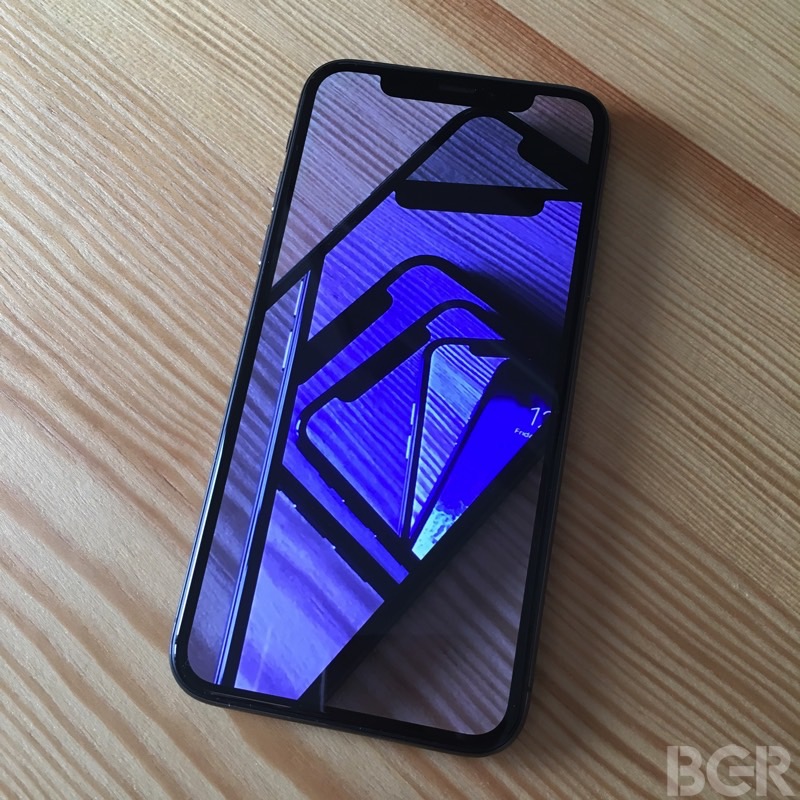 Earlier today, we got a look at some leaked photos of the screen for a 6.5-inch iPhone with that infamous notch, reportedly some kind of iPhone X Plus. Bloomberg‘s Mark Gurman, notorious for his ability to get insider info, wasted no time in confirming that an iPhone X Plus is coming later this year, but it’s going to be just one of three new iPhones in 2018.

According to Gurman, the three new iPhones coming this year will include “the largest iPhone ever, an upgraded handset the same size as the current iPhone X and a less expensive model with some of the flagship phone’s key features.”

The iPhone X Plus will apparently have a 6.5-inch screen, bigger than any iPhone currently, and even bigger than most phablet-sized devices. But according to Gurman, the screen will fit into a device with the same physical footprint as the iPhone 8 Plus, achieving the space savings by ditching the home button and using an edge-to-edge display, just like the iPhone X.

Bloomberg reports that all three iPhones will feature a TrueDepth camera for Face ID, meaning the notch is going to become truly ubiquitous. The iPhone X Plus may also have a dual-SIM option, which reflects the fact that Apple’s target market for the larger phone would be Asia. Large phablet-style devices like the Galaxy Note series have historically been most popular in South Korea and Japan, which are also two markets where dual-SIM phones are more common.

The cheapest iPhone, on the other hand, will mimic most of the features of the iPhone X in a more affordable way. Gurman reports it will have an edge-to-edge screen and Face ID unlocking, but the screen will be LCD, rather than the more expensive OLED. A gold color is reportedly being considered for the iPhone X and iPhone X Plus models.

Releasing three new phones indicates that Apple might be rationalizing its current jumble of iPhones to a more simplified offering with clearer choices. Currently, the iPhone X, iPhone 8 Plus, and iPhone 8 co-exist without clearly defined roles; if Apple releases three new devices in distinct categories, things should become much simpler for customers.

A cheaper version of the iPhone X, which would hopefully come in around the traditional $700 iPhone price, would also help Apple drive volume sales of the iPhone this year. Although the iPhone X hasn’t been a sales failure for Apple, the high price has seen Apple’s volume of iPhone sales slightly lower than expected. Putting the most appealing features of the iPhone X, like the screen and Face ID, into a cheaper body would give Apple a good baseline device to compete with the Galaxy S9 and any other Android devices released this year.