Though Tim Cook a few years ago promised to “double down” on product secrecy, there’s only so much Apple can do to keep iPhone leaks from hitting the rumor mill. Indeed, with Apple’s next iPhone unveiling just about a month and a half away, we already have a pretty solid grasp on what Apple’s 2018 iPhone lineup is going to bring to the table. As you’ve probably heard by now, Apple’s upcoming iPhone lineup will likely consist of three brand new devices: a next-gen iPhone X, a 6.5-inch iPhone X Plus, and a 6.1-inch iPhone with an edgeless LCD display.

Speaking to Apple’s inability to keep next-gen iPhone rumors at bay, noted leaker Benjamin Geskin over the weekend took to Twitter and published a set of images which are said to be dummy units of the iPhone X Plus and the 6.1-inch LCD iPhone. While not all iPhone leaks can be taken at face value, the images below do seem to align with previous rumors and reports we’ve seen regarding Apple’s upcoming iPhone lineup.

The first photo below gives us an overhead view of the iPhone X Plus on the left and the 6.1-inch iPhone model on the right. Note the difference in the camera modules between the two devices.

A closer up view can be seen below. 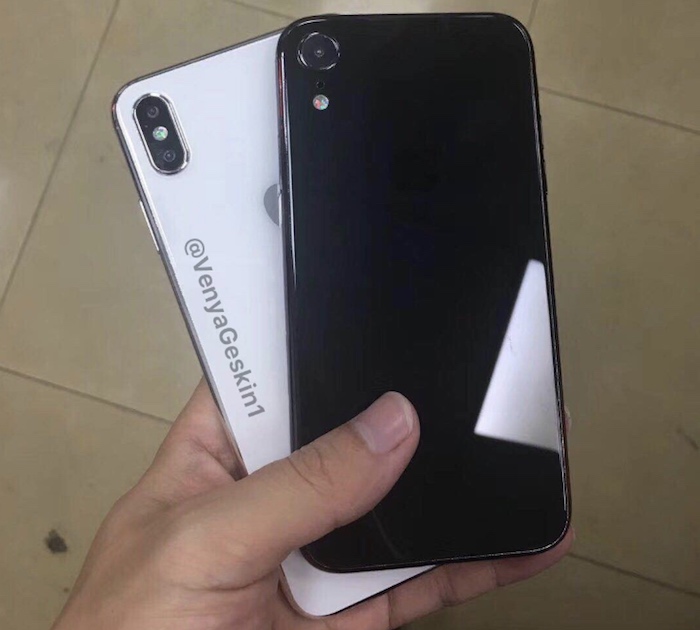 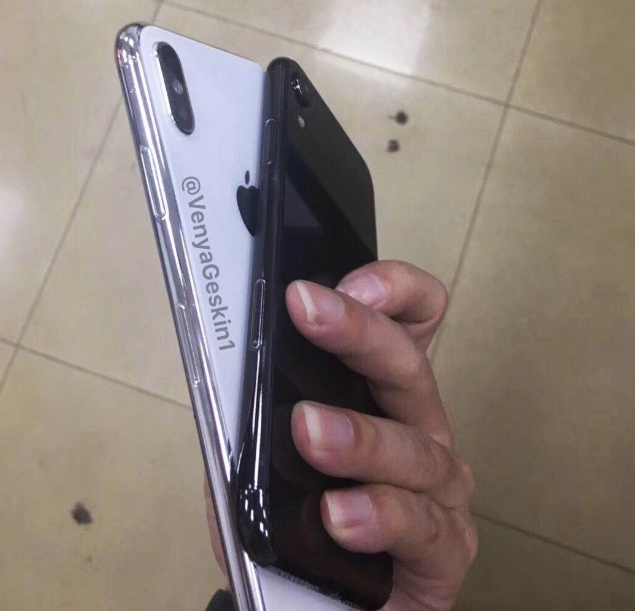 As for additional details regarding Apple’s upcoming iPhone lineup, there were some rumblings that the iPhone X Plus might feature a triple-lens camera system on the back of the device for much-improved zoom capabilities and enhanced 3D sensing. More recent reports, though, suggest that we might have to wait until 2019 before we see that feature incorporated into the iPhone.

One of the more intriguing rumors regarding Apple’s next-gen iPhone lineup has nothing to do with features but rather with price. Amid reports that the iPhone X’s $1,000 price point likely kept otherwise interested consumers from upgrading, Apple this year will reportedly price the 6.1-inch LCD iPhone somewhere in the $600 to $700 range. If this particular rumor pans out, it stands to reason that Apple will see an avalanche of upgrades as the device will likely prove to be incredibly popular among existing iPhone owners interested in a brand new form factor but not interested in breaking the bank. The cheaper price point, naturally, will come with a few tradeoffs. Most notably, the device will feature an LCD display as opposed to OLED. Further, the 6.1-inch iPhone may not ship with 3D Touch and may house less RAM. Design wise, the 6.1-inch iPhone may also feature thicker bezels than its iPhone X counterparts.

At this time last year, many analysts were of the mind that the iPhone X would usher in a huge refresh cycle. The iPhone X’s $1000 price tag, though, prevented that. Apple’s 2018 iPhone lineup, though, will offer a variety of phones at a wide range of price points. All that said, there’s a strong chance that Apple’s forthcoming iPhone lineup could very well shatter all existing iPhone sales records. As a point of interest, the current iPhone sales record was set back in 2015 when Apple wold 231.2 million iPhones thanks to strong demand for its iPhone 6 models.