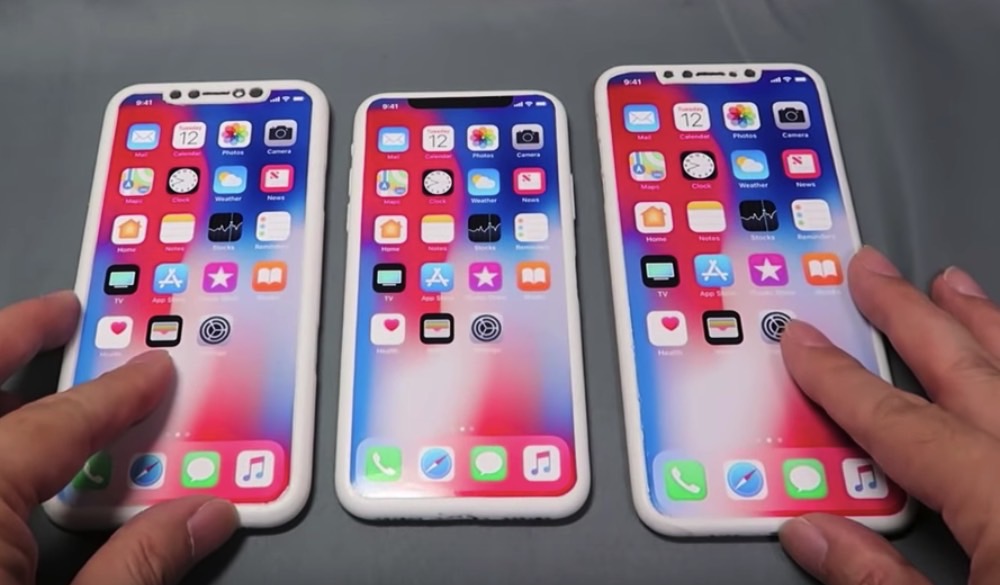 Apple will launch three new iPhones this September, and that’s something everyone seems to agree on. We’re looking at two iPhone X successors that will pack OLED displays and an LCD model. All of them, however, will have the same design. Yes, the notch is here to stay for at least one more year, and that’s great news because it means all three phones will come with Face ID support. We’ve seen leaked renders showing the new iPhone X models, so now it’s time to check out 3D-printed models created using the CAD designs that leaked from Foxconn.

Japanese-language blog Macotakara got its hands on three next-gen iPhone dummy units, and recorded a video comparing the three models. Here’s what we found out:

The 6.1-inch LCD iPhone is expected to be Apple’s cheapest new iPhone this year, unless a second-gen iPhone SE is released as well. The handset will be bigger than the 5.8-inch model but smaller than the Plus-sized version — the actual dimensions are supposed to be 150.91 x 75.72 x 8.47 mm. Yes, the phone might be thicker than the iPhone 8 and iPhone 8 Plus.

On the back, the mockup shows a single-lens camera similar to what you see on the iPhone 8. The camera module, however, seems to be slightly bigger, which seems to indicate that certain improvements might be on the way.

One thing that’s not like any else seen on an iPhone is SIM tray placement. The SIM Tray is located lower than on the iPhone X. It’s unclear what would warrant the change — assuming the CAD designs used to generate the mockups are real. One thing to remember is that Apple is rumored to add dual-SIM support to the 6.1-inch iPhone. This could be what would dictate this small design change.

Finally, the TrueDepth notch appears to be more prominent on the 6.1-inch model than on the current iPhone X.

The phone will have the same design as its predecessor and it should fit most 2017 iPhone X cases out there. The iSight Duo camera on the back is slightly misaligned, but this is a 3D-printed dummy, after all.

The 6.5-inch “iPhone X Plus,” meanwhile, is as big as the iPhone 8 Plus. The mockup measures 157.53 x 77.44 x 7.85 mm, which is about 1 mm taller and 1 mm wider than the iPhone 8 Plus. The phone’s rear camera fits the cutout of existing iPhone X cases, which suggests we’re not looking at a triple-lens cam, as some recent leaks suggested.

The TrueDepth camera on the iPhone X Plus occupies about the same real estate as it does on the iPhone X, which means the phone’s “ears” will have extra space to display content.

Check out all three models in this video: