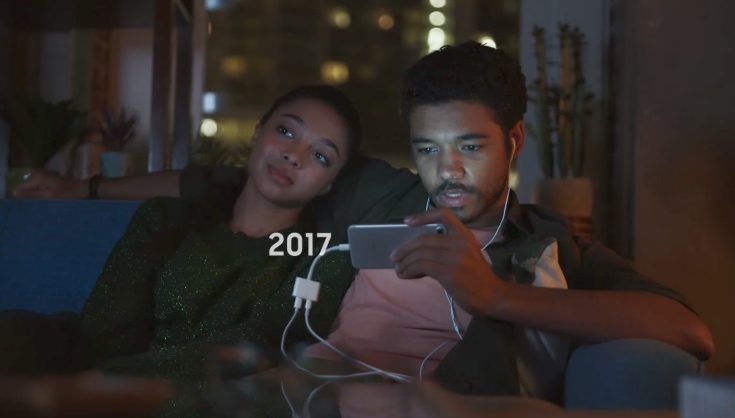 Samsung over the past few years has never been afraid to take shots at Apple in the media. More often than not, Samsung ads tend to poke fun at Apple’s loyal user base while simultaneously lambasting some of the quirkier aspects of the iPhone user experience. Though some of Samsung’s efforts miss the mark, I think it’s fair to say that when Samsung goes after Apple, it has more home runs than it does strikeouts. You might even remember that Samsung’s 2014 ad series titled “Next Big Thing” so effectively mocked iPhone users that Phil Schiller referenced it in an internal memo and even told Tim Cook that Apple might want to consider a new advertising firm to properly respond.

So what has Samsung’s marketing team been up to in the wake of the iPhone X release? Sheer brilliance, that’s what. Even if you’re a die-hard iPhone user, you can’t help but give props to Samsung for their latest anti-iPhone ad which expertly and efficiently manages to make fun of iPhone storage problems, the iPhone’s historic lack of water resistance, the iPhone 7’s missing headphone jack, the iPhone X’s controversial notch design, and much more. That’s an impressive feat for an ad that’s just 1-minute long.

Titled Growing Up, the ad begins in 2007 and follows a young man as he excitedly buys and opens up Apple’s original iPhone. We then flash forward to 2010 where we see the young man unable to take a photo as his iPhone has run out of storage. Though perhaps not a problem now, you might recall that it famously took Apple quite some time before it opted to do away with the 16GB storage tier on its entry level iPhone models. I won’t spoil the entire ad, but the manner in which it manages to highlight a variety of historic iPhone shortcomings while positioning Samsung Galaxy devices as a more viable option is incredibly creative, engaging, and well-done.

You can check out the ad in its entirety below.