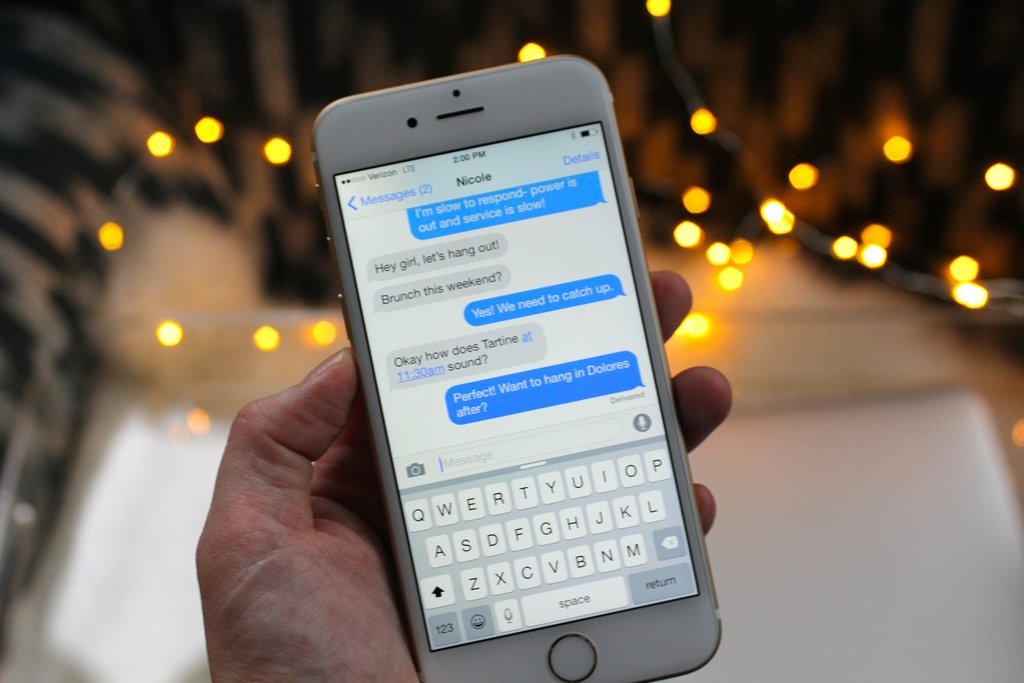 If you give your significant other a gift and they break up with you, do you have the right to take that gift back? Most people would probably say “no,” but apparently not everyone agrees. After breaking up with his girlfriend, a man trolled her in the most brilliantly evil way possible after she refused to return the iPhone she received from him as a gift.

News.com.au brings us word that a text message exchange between the man and his girlfriend about the iPhone recently went viral after being posted on Imgur.

“I’m getting the phone back I hope you know,” the man told his former girlfriend Melisa in an iMessage exchange. She replied that she wouldn’t be returning it until she got a new phone.

He then told Melisa that the iPhone belonged to him, that he paid “too much” for it, and that Melisa didn’t “deserve it.” He also reminded her that the phone is under his name on his Sprint account.

“One time geneo wow that don’t mean nothing the only way your getting this phone back is if I get a new phone until then your not getting it back,” Melissa fired back.

He then went on to track Melisa’s iPhone using the Find My iPhone application, and then performed a remote data wipe. As if that wasn’t enough, the man then placed a message on the lock screen of the phone, telling his ex what he did.

“Hey babe, I decided to turn off my phone. See since it’s my phone I can do that. Shouldn’t have called me a f*** boy. Have a nice day. #phoneless.”

Of course, this did not fix his problem. Melisa still had his phone and he wanted reimbursement. He went ahead and told her mother that he still wanted the iPhone back.

Check out the whole train-wreck text message fight below: