A new patent filing from Apple suggests that that the “cheese grater” design Apple first introduced on the 2019 Mac Pro may ultimately come to the iPhone. Now before you start lamenting that Apple has lost its design chops, it’s worth noting that Apple often patents designs that never find their way into a shipping product. In other words, there’s no reason to assume Apple is going to completely turn the iconic iPhone design on its head anytime soon.

The patent filing was first brought to light via Patently Apple and shows off an iPhone design heavily inspired by the 2019 Mac Pro. The “cheese grater” pattern is admittedly jarring at first glance, but the design provides some thermal benefits to the extent that it optimizes airflow and can keep machines running cool. And with Apple designing increasingly powerful processors year in and year out, it’s no surprise that Apple is already looking into novel iPhone designs.

The patent was initially filed in April of 2020 and was published this past July. As detailed in the patent, the unique design provides benefits with respect to thermal transmission and airflow through and around various electronic components.

One of the patent claims, which essentially describes the aesthetic of the design itself, reads as follows:

Some of the drawings included in the patent filing can be seen below: 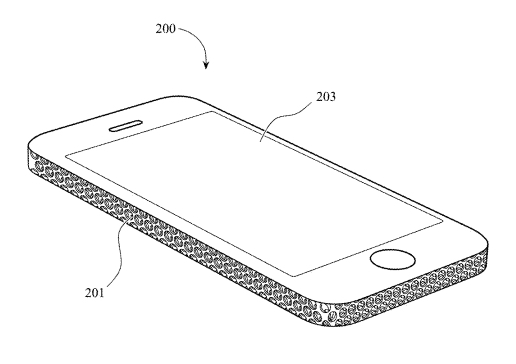 As intriguing as the design is, it’s hard to imagine Apple actually releasing something like this given that the design itself would be polarizing, to say the least. Additionally, with most iPhone users employing a case, it’s possible that the benefits afforded by this type of design would be lessened. Today's Top Deal