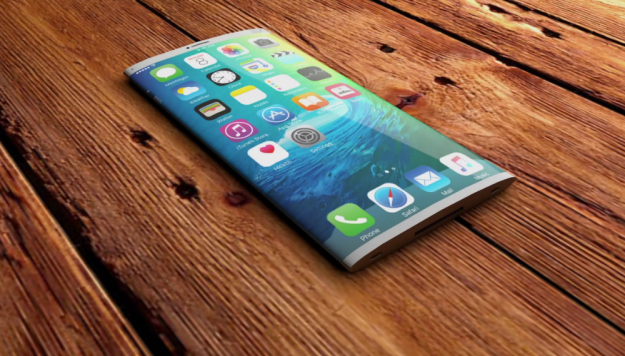 The iPhone 7 and iPhone 7 Plus are almost here, which means early reviews are in. Unsurprisingly, certain features are highly praised, like the new camera and battery life, while others not so much — yes, the 3.5mm headphone jack is one of the things annoying some people. But one of the iPhone 7 reviews that hit the press on Wednesday morning contains an exciting detail that not only explains one major iPhone 7 change but also why Apple went with it.

While reviewing the iPhone 7, The New York Times learned an interesting detail about the new iPhones set to launch next year.

According to two anonymous Apple employees, the 2017 iPhones will have a larger, edge-to-edge display with the home button built right into it. That’s an iPhone design that Apple is considering some time now, as independent reports and Apple patents have suggested. And it looks like that iPhone of the future with a wraparound screen is just around the corner, too.

“Your [iPhone 7 buying] decision may come down to how much the lack of a headphone jack and physical home button bothers you,” the Times noted. “Audiophiles with lots of wired accessories, for example, may find using a converter too inconvenient.”

The review continued, “But taking the leap to the 7 may be a wise bet, even for late technology adopters. Apple is likely to continue making iPhones without headphone jacks, and next year’s iPhone will have a full-screen face with the virtual button built directly into the screen, according to two people at the company who spoke on condition of anonymity because the product details are private. Apple declined to comment on next year’s iPhones.”

One of the things iPhone 7 reviewers found a bit difficult to adjust to is the new home button. For the first time in an iPhone, the home button isn’t a physical one. Instead, it’s a capacitive button that uses the Taptic Engine to respond to touches. Just like on select MacBooks, but not quite the same Force Touch experience. This move is needed as Apple transitions from an iPhone with a home button to one with home button features that are embedded in the screen.

Here’s our iPhone 7 review roundup if you’re looking for more opinions on the Apple’s new iPhone 7 and iPhone 7 Plus.