Apple’s iPhone 8 is now just weeks away from being unveiled. If the company sticks to its recipe from years past, we can expect an unveiling during the first couple of weeks in September, and the iPhone 8 will likely be released alongside the iPhone 7s and iPhone 7s Plus in the weeks that follow. Thanks to all the leaks and rumors, we likely know almost everything there is to know about the iPhone 8 at this point. Of course, since the iPhone 8 will be the first redesigned iPhone in three years, everyone is focusing on the device’s new look. That great big OLED display… the bezel-less face… the potentially ugly or potentially brilliant notch cut out of the top of the screen… it all adds up to an iPhone design that’s unlike anything Apple users have seen before.

Of course, there’s going to be much more to Apple’s upcoming next-generation iPhone than just its pretty face, and the latest leak shifts focus to the brains that will power all of the iPhone 8’s brawn.

Now, the component at the heart of those improvements may have been pictured for the first time.

The iPhone 8 has entered the mass production phase of its development at Foxconn’s factories in China. As a result, component leaks have clearly increased in volume. The latest leak comes from Chinese microblogging site Weibo, where a user named “GeekBar” has posted images of what he claims to be Apple’s A11 processor. 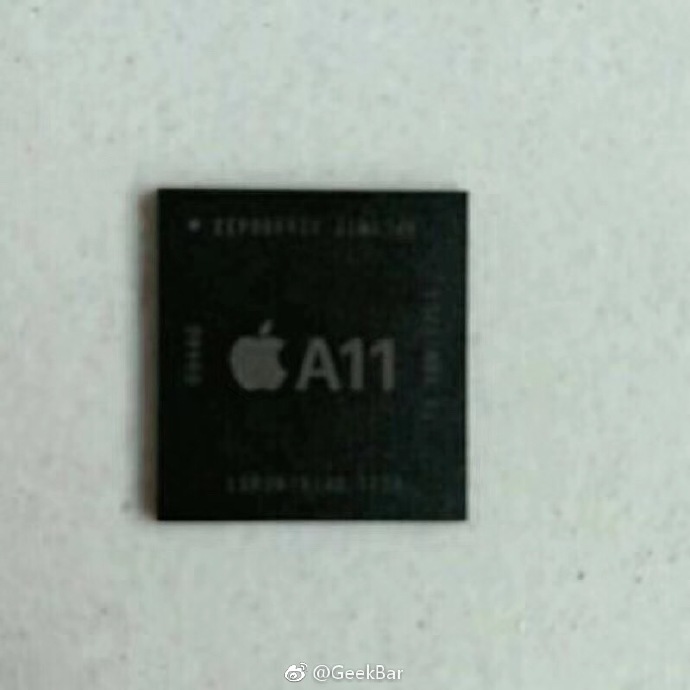 The A11 is the successor to Apple’s A10 and A10X chipsets, and it packs the latest processor technology. The new chipset will be based on TSMC’s 10nm FinFET process, and it should be off the charts when it comes to single-core and multi-core performance. 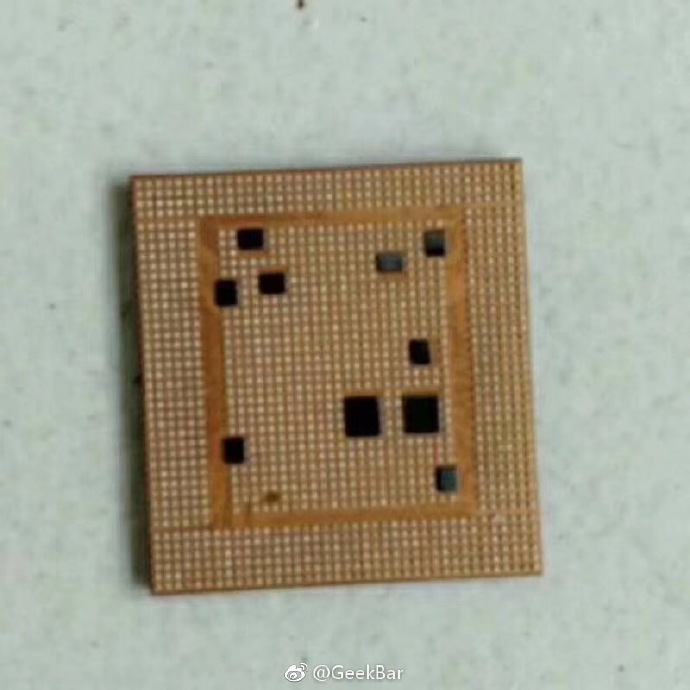