The iPhone 8 is going to be the first iPhone in three years to feature a new design, and Apple fans couldn’t be more excited. The all-screen design… the OLED display… the glass and stainless steel construction… it all adds up to what will likely be the hottest iPhone Apple has ever made. Of course, Apple’s tenth-anniversary smartphone will also ship with a slew of new features and capabilities, and rumor has it that one of them in particular will be the biggest game-changer we’ve seen on an iPhone in quite some time. Now, a new leaked photo might give us our first ever look at the device that makes this new feature possible.

Back in early August when rumors surrounding the possible removal of Touch ID from Apple’s upcoming iPhone 8 were really starting to heat up, I wrote a speculative article about what using “Face ID” on the iPhone 8 might be like. As I stated at the time, there’s simply no way Apple would ditch its class-leading fingerprint scanning tech unless it had something better to offer users. Now, according to yet another report on Monday that echoes an earlier rumor, it looks like Apple does indeed have something better.

Face ID, for lack of a better moniker, will be practically instant according to well-connected insider Ming-Chi Kuo. Kuo, who was the first person to report that the iPhone 8 would not include Touch ID, says Apple’s new facial recognition feature will also work at an angle, so you won’t have to point the phone directly at your face as you do with lesser technologies, like Samsung’s iris scanner.

In other words, it’s going to work just like I said it would. When you take your phone out of your pocket or bag, or when you go to pick it up off of a table, it’ll be unlocked long before you start to use the phone.

If everything works out the way we think it will, this new feature will be nothing short of a game-changer. And don’t worry, Apple already has a solution in place that will let you prevent anyone, including authorities, from forcing you to unlock your iPhone with a face scan or even a fingerprint scan.

Now that you’re up to speed on the rumors, it’s time to take a look at what may very well be the actual component that enables this exciting new technology. A user who goes by the handle “Leakspinner” posted an image on Slashleaks that is believed to be authentic. The photo shows what is claimed to be the iPhone 8’s 3D face scanning module that will be placed beneath the notch at the top of the iPhone’s display. 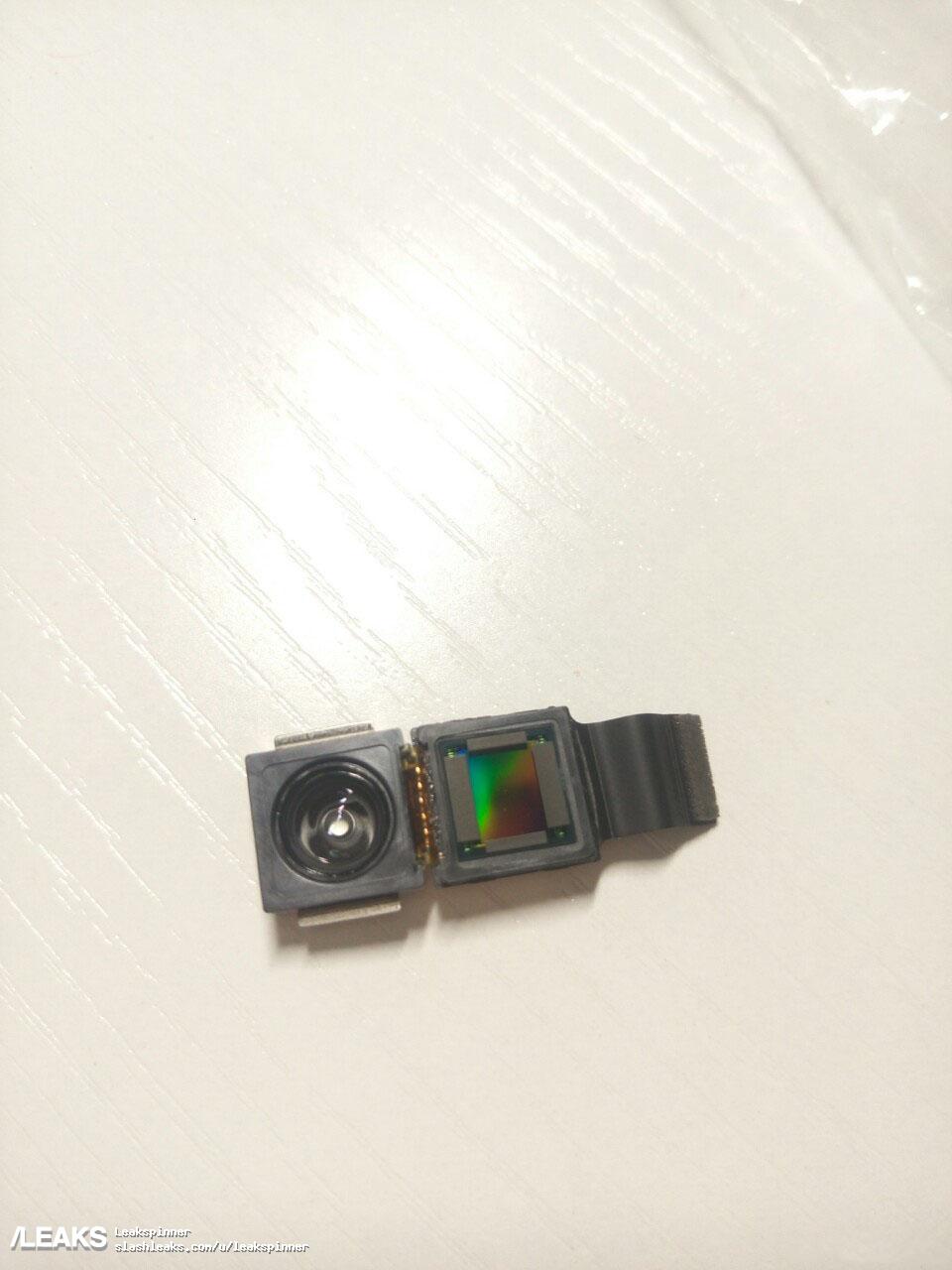 Apple’s new iPhone 8 has reportedly entered the mass production phase, and components have been leaking out left and right. This, of course, is normal and happens each year when iPhones enter this phase of the manufacturing process. Sadly, rumors persist that claim the iPhone 8 is a difficult device to product, and supply shortages are expected when the phone is released next month.