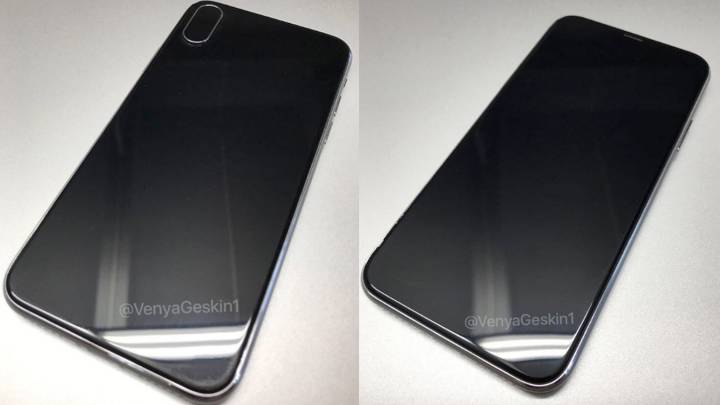 New iPhone 8 leaks are getting dumped in our laps every single day. But quantity doesn’t mean quality, and piecemeal part leaks have pointed towards a few different possible designs. Some schematics of the rear plate seemed to indicate that Apple’s planning on moving the Touch ID sensor to the rear; others suggest that it’s getting eliminated entirely, and being replaced with an iris sensor instead.

At this point in the rumor cycle, we’re still more likely to get individual parts or leaked schematics. The holy grail — photos of the final design outside of the factory floor — are the hardest to come by. That’s why today’s leak is a significant raise in the iPhone 8 rumor stakes.

The photos come from Benjamin Geskin, a Twitter-based iPhone leaker who has a good (but not flawless) record in the past. He posted two photos of a non-functioning design dummy, which are often produced for case and accessory manufacturers well ahead of launch.

In theory, if this came from a good source, it will accurately match the final design of the functioning iPhone 8. The most notable thing is that there’s not much to notice: no home button on the front, and identical black glass on the front and back. The only notable design feature is the chrome rim surrounding the two camera lenses, which are set up vertically.

The dummy does still have the traditional power button on one side and volume buttons on the other, contrary to other rumors that suggested that Apple was going to remove any physical buttons. You can also just peek a speaker/mic grille along the bottom, and what looks to be some kind of digital port, about the size of a Lightning or USB-C female connector.

The design lines up perfectly with most recent leaks — including photos obtained by BGR — which have suggested that there won’t be a traditional Touch ID sensor of any kind. What we still don’t know is what direction Apple is going for biometric authentication. The most wishful rumors call for an under-screen fingerprint scanner. The tech has been invented to make that possible, but there’s a big difference between technically feasible, and something that can be put into millions of phones in a couple months at relatively low cost.

Geskin has hinted that he has more leaks from the same source, including a set of schematics and a dummy hands-on video. Interesting though those will be, we’re still going to be left waiting on some of the most important details: what the front display looks like, how the authentication will work, and most importantly, how many organs you’re going to have to sell.