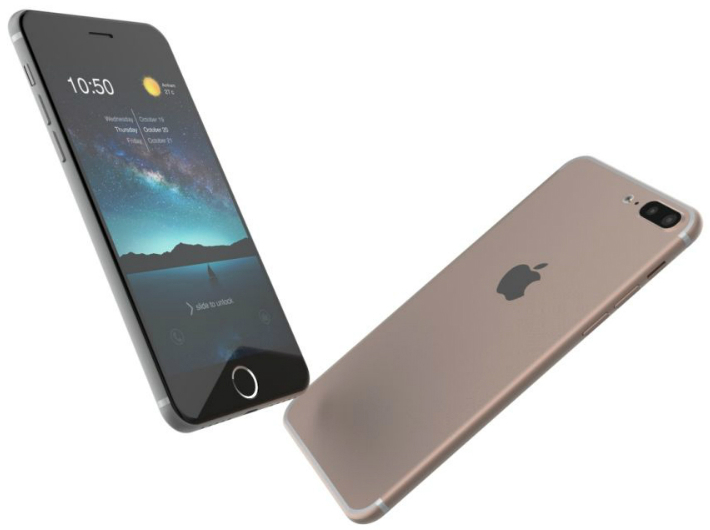 Many iPhone 7 buyers are already disappointed that Apple’s 2016 smartphone line will apparently look almost exactly the same as last year’s iPhones, thanks to the plethora of leaks we’ve seen so far. In case you missed it, this leak is probably our first look at a real iPhone 7. Numerous schematics have also firmed up the idea that the iPhone 7 will be a more refined version of the iPhone 6s, but not a radical design overhaul – and that’s really not a bad thing, no matter how bored you might be with smart rectangles with touchscreens.

But schematics and leaked components don’t tell the whole story. Thankfully, high-resolution renders and a video created using the information in these iPhone 7 leaks have come to the rescue, offering us a sneak peek of what the iPhone 7 will almost certainly end up looking like.

Created by Jermaine Smit, a designer who has come up with similar concepts based on Apple leaks in the past, the video and images show off the iPhone 7 Plus’s main features. We’re looking at a dual lens camera on the back, redesigned top and bottom antenna lines, and a dual speaker setup on the bottom that replaces the current headset jack and single-speaker design.

Most rumors agree that the iPhone 7 Plus will have a dual lens camera, and that all iPhone 7 units will lack a headphone jack, and will feature redesigned antennas. However, not all rumors agree on whether a dual speaker setup is in the works for the new iPhone line.

Aside from the three design details featured in these renders, the iPhone 7 Plus is expected to be pretty similar to its predecessor – see the full video below.