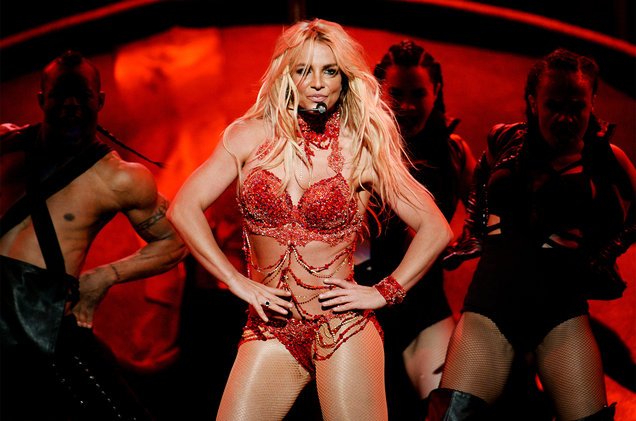 Britney Spears has more lives than a cat at this point. She went from childhood fame, to pop icon status, to the brink of insanity and back to pop icon status before seemingly transcending to her current title, “Princess of Pop.” Spears has a high-paying residency in Las Vegas right now but she isn’t covered in the media like she used to be, making way for more recent female pop phenomena like Rhianna and Arianna Grande. Well, Britney took to the stage on Sunday night to open the 2016 Billboard Music Awards to remind us all who she is, and she basically destroyed social media in the process.

Celine Dion got the Billboard Icon Award and Adele was awarded top honors for her most recent album 25, but Britney Spears stole the show before it even began. Her performance to open the awards show was a medley of all of the big hits she performs in Vegas, and it was a seven-plus-minute rollercoaster ride that left audiences at the show and at home watching on TV with their jaws hanging open.

What was all the commotion about? We don’t want to spoil anything for those who haven’t yet seen it, but we guarantee that you’ll be left impressed. You’ll also probably want to start going to the gym again.

The full 7:35 video of Britney’s performance is embedded below.