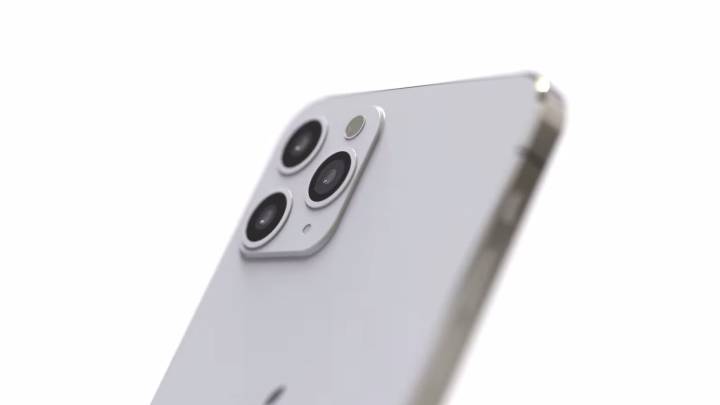 The novel coronavirus pandemic practically froze the world, as many countries declared national emergencies because of the COVID-19, and imposed strict lockdown and quarantine measures. The best way you can do right now to limit the spread of the highly contagious virus is to stay home, practice good hygiene, and wait for authorities to lift the restrictions. Life, as we knew it before this unexpected plague, will start returning to normal in the coming months, but the effects of the new virus will be felt long after that, as the coronavirus threat changed everything. Entire industries have been paralyzed, events have been canceled or delayed, and jobs have been lost. It will be a while until we get back to normal, and that’s assuming we can defeat COVID-19 soon. That also includes product launches as some of this year’s highly anticipated gadgets might see various delays, depending on how long the pandemic lasts. This year’s new iPhone series might be hurt as well, with a leaker saying that the iPhone 12 could be pushed back as far as November.

Apple usually unveils the new iPhones in mid-September, and the devices hit stores by the end of the month. We’ve seen delays before, in previous years, but they were caused by manufacturing and supply issues. The iPhone X launched in early November 2017 instead of September, and the iPhone XR hit stores in October a year later.

But the coronavirus has significantly crippled the worldwide economy. Because it’s so contagious, social distancing is the only way to slow down the infection rate. Also, the virus can survive for days on surfaces, which means strict disinfection policies have to be enforced. These measures have a direct impact on travel and manufacturing. Many countries have closed their borders to limit the spread of the virus. And factories have been closed all over the world since the outbreak started.

China was first to shut down factories, and that’s when we saw the first rumors that the iPhone 12, as well as other electronics made primarily in China, could be delayed. Suppliers have resumed activity in China, various reports said, including Foxconn, which is Apple’s main iPhone assembler. The company has ramped up hiring to ensure it can meet the seasonal iPhone 12 demand.

The coronavirus has moved westward, however, ravaging European countries and the US. Places like Italy, Spain, and New York are the new COVID-19 epicenters right now, and other regions could soon follow.

Even if Apple can mass-produce all the iPhone 12 it wants, there’s a huge problem affecting the phone’s development, according to Jon Prosser’s sources. The YouTuber provided an increasing number of leaks this year, being the first to reveal the US pricing for the Galaxy S20. In the past weeks, he shared the first Pixel 5 renders and explained some of Apple’s plans to mitigate the coronavirus disaster long before Apple announced them. He also leaked details about the products Apple had planned to launch in March, including the now-delayed iPhone 9.

Mass production for iPhone 12 is scheduled for May (per usual) but it’s just not going to make it.

Regardless of production, Apple is still (already) ~2 months behind schedule with iPhone 12.

Remember the tiny release delay on iPhone X in 2017? Yeah. Expect that.

Prosser took to Twitter to say that, even though the iPhone 12 supply chain is improving, the iPhone 12 will probably be delayed. “Prototyping for iPhone 12 isn’t even done yet. It requires execs from Apple travel to China, and due to travel bans, they haven’t been able to finalize,” he said.

Mass production is scheduled for May, but Apple will not make it, according to Prosser. The company is supposedly two months behind schedule, which means the handset might hit stores only in October or November.

So all the iPhone 12 renders and leaks you’re seeing right now? Yeah, none of that is even finalized right now and the leaks are likely a mix of all prototypes being considered.

Finally, the YouTuber said the iPhone 12 renders that pop up online in leaks right now aren’t showing the finalized product. The leaks might be a “mix of all prototypes being considered.”

This is just a rumor, of course, and things are very much in flux right now, as nobody knows when life will return to some sort of normalcy. But the longer the pandemic takes, the longer we might have to wait for the iPhone 12 to hit stores.