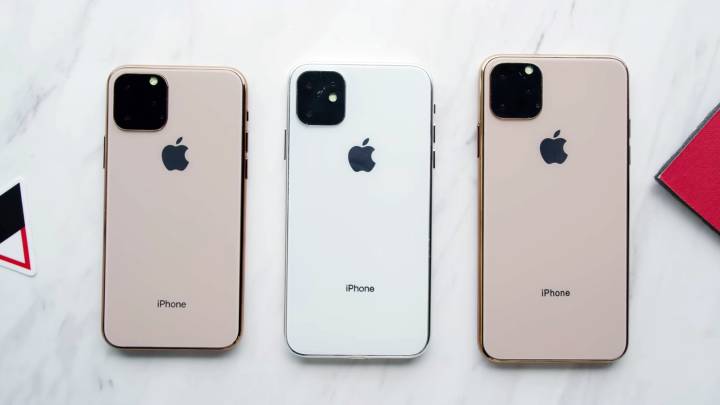 Just two months separate us from the next iPhone launch, but we already have a pretty good idea of what to expect from the iPhone 11 series thanks to a garden variety of leaks. From insiders’ research notes to leaked CAD files and renders based on those leaks, we’ve seen it all. And all these rumors paint the same overall picture. Apple will launch three phones this year, including the iPhone 11, 11 Max, and iPhone 11R, and they’re going to have the same notch design as their predecessor. The only thing that changes it the phones’ rear design, as all of them are getting extra cameras that dictate certain modifications. With two months to go to the iPhone 11’s launch, iPhone 11 dummy units are appearing left and right, further confirming previous rumors.

A few days ago, a popular YouTuber recorded a brief video where he looked at the iPhone 11, 11 Max, and iPhone 11R dummy units (above) that are circulating in the wild. But Marques Brownlee wasn’t the only person to get their hands on these dummy devices, with MacRumors scoring its own set of iPhone 11 mockups. And they’re nearly identical to Brownlee’s, although they feature different Apple loco placements on the back.

As before, these may look like real iPhones, but they’re not functional devices. They’re based on the designs that accessory makers use to craft products for the unreleased products — and, as you’ll see in the clip, iPhone 11 cases already match this design.

But the iPhone 11 dummy units are still good enough to reveal the main design features of the three handsets.

As I said before, the screen of the iPhone 11 phones remains unchanged when compared to the 2018 models. We’ve got the same three sizes, including 5.8-, 6.1-, and 6.5-inch, and all of them have Face ID notches.

These dummy units, however, do not reflect some of the other iPhone 11 rumors we’ve seen this year. The volume buttons would look like the iPad’s, reports said, but that doesn’t appear to be the case with these mockups. Moreover, the iPhone 11 were said to pack frosted glass designs, a detail also missing from these dummy units.

Then again, there’s no way of confirming the authenticity of these iPhone 11 mockups, for the time being, so we’ll have to wait for Apple to unveil the new phones to see if all these leaks were accurate or not. While you wait, you can check out MacRumors’ video below.