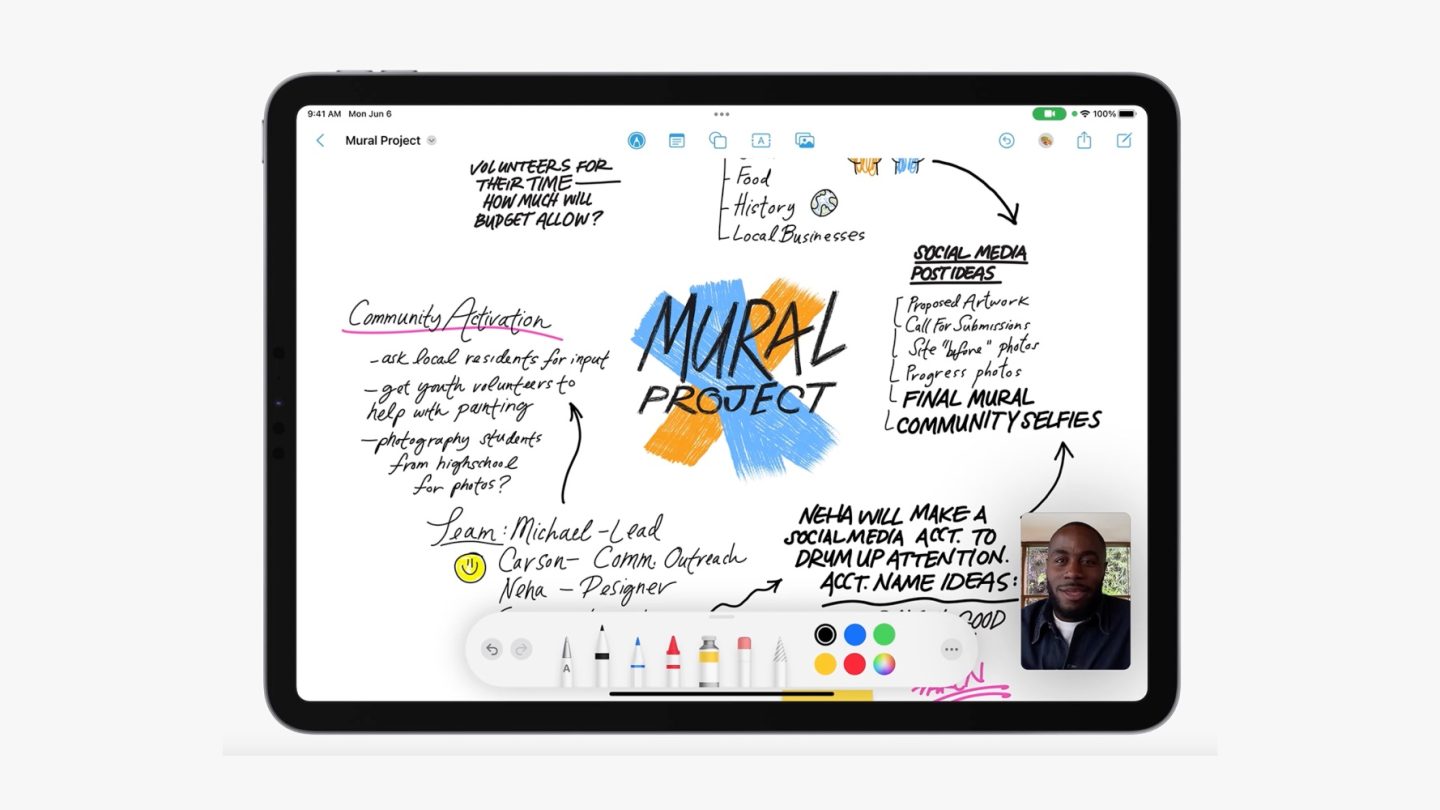 Alongside iOS 16.2, Apple is releasing iPadOS 16.2. This exclusive operating system for iPad models is full of new features, as the Cupertino firm is finally making available some of the long-promised function that should have arrived alongside iPadOS 16 (or 16.1) a couple of months ago. Here are the most important.

Freeform app: Apple calls this app “a powerful new collaboration application with a flexible canvas that allows users to see, share, and collaborate all in one place without worrying about layouts and page sizes, and will fully support the Apple Pencil.” It works across the iPhone, the iPad, and the Mac.

Stage Manager: With iPadOS 16.2, Apple is now bringing back external display support with resolutions up to 6K available on iPad Pro 12.9-inch (5th generation and later), iPad Pro 11-inch (3rd generation and later), and iPad Air (5th generation). In addition, it’s possible to drag and drop files and windows from a compatible device to a connected display. Last but not least, Stage Manager now offers support for using up to four apps on the iPad display and four on the external display.

Advanced Data Protection:  With iPadOS 16.2, a new option expands the total number of iCloud data categories protected using end-to-end encryption to 23 — including iCloud Backup, Notes, and Photos — protecting your information even in the case of a data breach in the cloud.

Game Center: SharePlay support in Game Center for multiplayer games so you can play with the people you are on a FaceTime call with.

In addition, iPadOS 16.2 also brings some improvements and bug fixes: