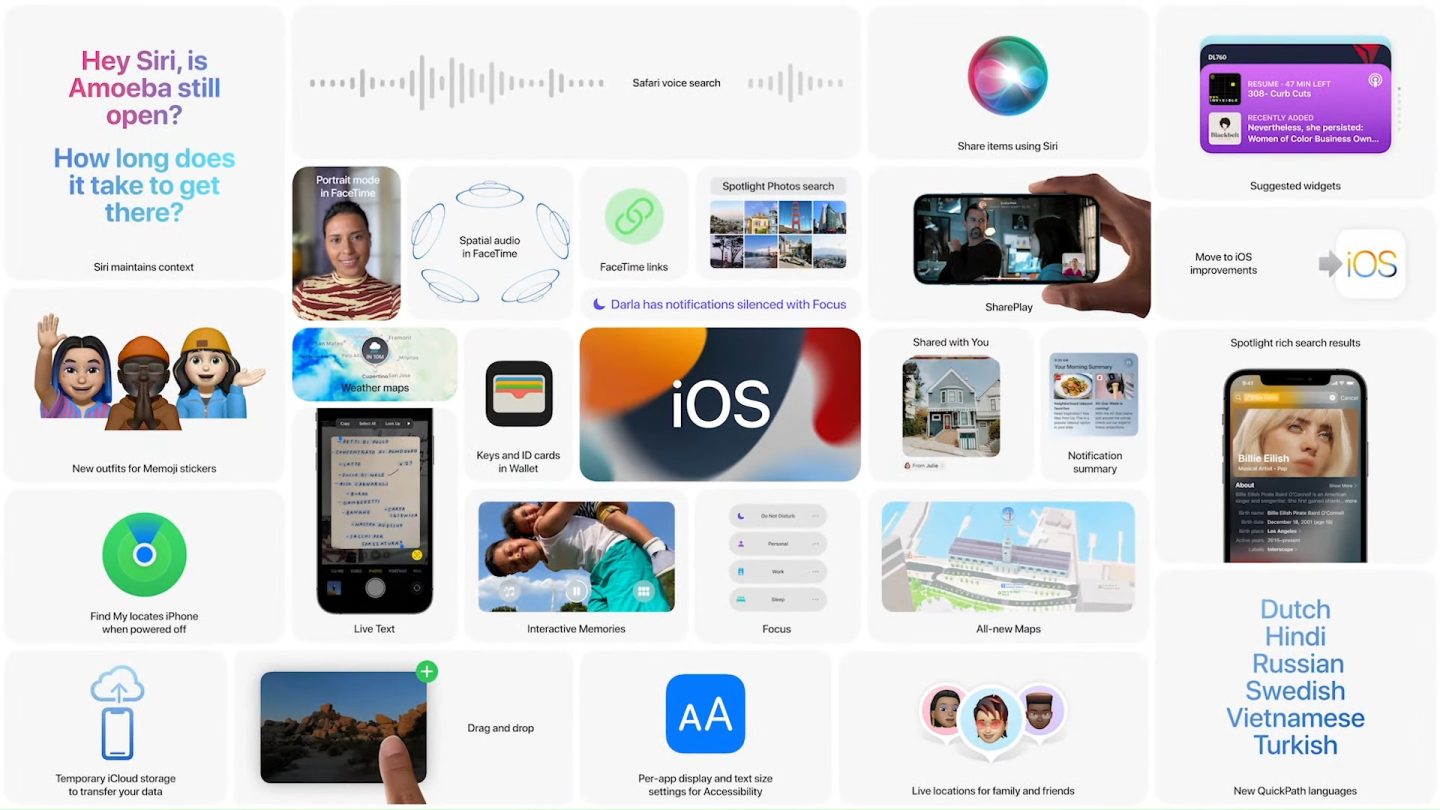 Even though iOS 15 doesn’t have as many exciting new features as we’ve come to expect from a traditional iOS release, the forthcoming update is still compelling in its own right. From some exciting new FaceTime enhancements and Mapping features to Live Text in photos, iOS 15 will definitely be worth downloading when it becomes available later this fall.

You can peruse all of the new features coming to iOS 15 over here, and if you look closely, you’ll notice that there’s an SMS filter for spam feature that’s only available for users in Brazil.

Under the heading SMS filtering for Brazil, the description reads:

Messages features on-device intelligence that filters unwanted SMS messages, organizing them into Promotional, Transactional, and Junk folders so your inbox can stay clutter‑free.

While spam calls are certainly more problematic than spam texts in the US, it’s only natural to wonder why this feature is exclusive to Brazil?

Apple hasn’t issued a statement on the matter, but 9to5Mac and others have speculated that it could simply be a function of Messages not being all that popular in Brazil. With an estimated 95% of Brazilians using WhatsApp and upwards of 90% of the country using Facebook Messenger, Apple’s Messages app simply isn’t as widely used as it is in the United States.

Although Apple doesn’t go into detail, there’s a reason why this feature is exclusive to users in Brazil and India — at least for now. iMessage is far from being popular or widely known in both countries, and the Messages app ends up being a hub for spam messages.

Incidentally, SMS filtering isn’t exactly new to iOS. In fact, Apple first released the feature with iOS 14 and made it exclusive for users in India.

As Apple noted via a support document last year:

SMS Filter is enabled by default to help users organize their messages. Using on-device machine learning, English-language messages from unknown senders are sorted into two subcategories: Transactions or Promotions. SMS Filter does not send any content or data from Messages to Apple. You can disable SMS Filter at any time by going to Settings > Messages > Unknown & Spam, and selecting “None” from the list.

Again, SMS spam isn’t as much of an issue in the US as spam calls are. And to this end, we recently highlighted how you can easily block spam calls with an iOS feature dubbed “Silence Unknown Callers.”

All you have to do is go to Settings > Phone whereupon you’ll see a toggle for “Silence Unknown Callers.” Once you turn this feature on, all calls from unknown numbers will be silenced and automatically sent to voicemail. And if there’s a scenario where an incoming call from an unknown number is actually legitimate, the call will still appear on your list of recent calls.