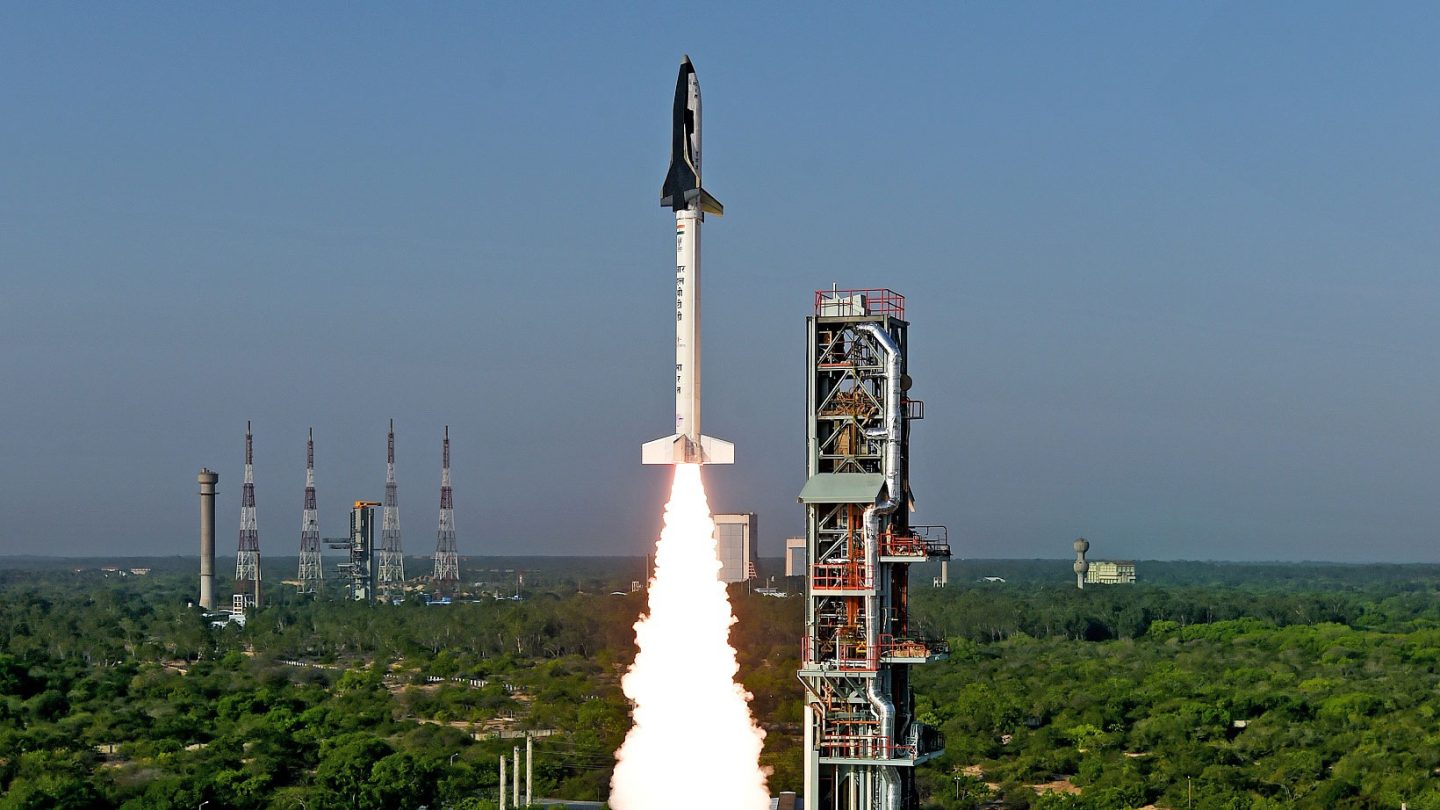 The pinnacle of the space race was the shuttle battle: America’s flew repeatedly, and Russia’s…didn’t. India is the latest country to enter the space shuttle contest, as its Reusable Launch Vehicle blasted off into space early this morning.

As these images of the 22-foot craft show, size isn’t everything when it comes to space.

This morning’s mission blasted off around 1:30AM GMT. The solid-rocket booster propelled the craft to an altitude of 43 miles, from where it glided back to Earth, and landed in the Bay of Bengal. Reports suggest that the shuttle survived its mission, a good sign for the future of the program: India hopes to build much bigger (but hopefully not much more expensive) versions over the next decade.

The Indian RLV is the lesser cousin of the Space Shuttle in most every way: $14 million instead of $1 billion, unmanned rather than manned, and 22 feet rather than 122. But if the RLV can upscale without costing dramatically more, it could pave the way for India to cash in on the commerical space race. Elon Musk’s SpaceX is already driving satellite launch programs way down, and it’s the only reusable rocket game in town right now.

India has experience with low-cost space missions: back in 2013, its space agency managed to launch an unmanned mission to Mars for $73 million, nearly ten times less than an equivalent NASA mission. If the RLV can demonstrate the same kinds of cost savings, Elon could have some serious competition.

But that’s all in the future. Right now, you should simply revel in the astonishing images of a minibus-sized shuttle being mounted on a rocket and shot into space.