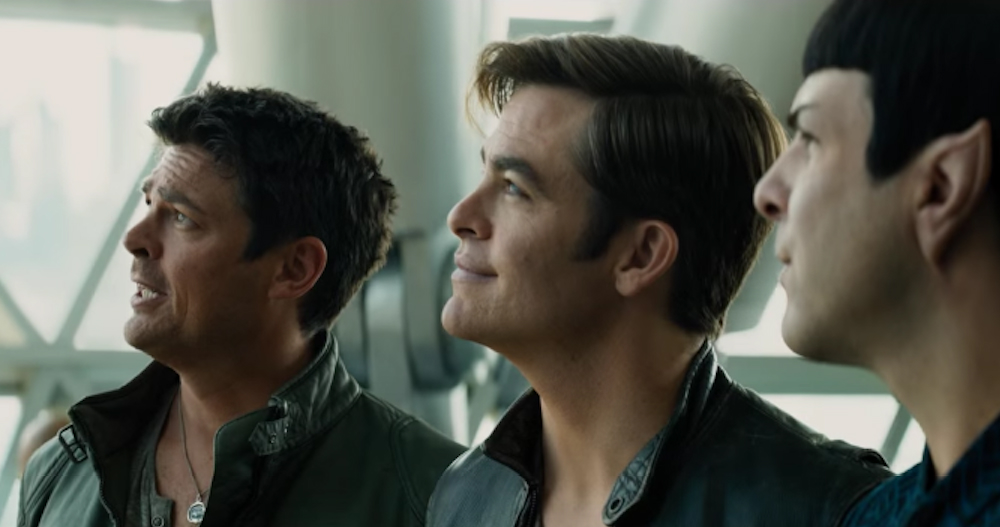 This summer, we’re bound to see a new chapter from Captain Kirk’s adventurous life in Star Trek Beyond. A new trailer for the third movie in the new Star Trek trilogy is out, showing us what looks like a brilliant battle in space where Kirk’s Enterprise takes quite a beating from this episode’s villain.

DON’T MISS: This is the Netflix hack the world has been waiting for

The trailer is almost three minutes long, or just enough to leave us wanting more Star Trek action. The Enterprise goes down in what could be a great battle between our heroes and a new race lead by Krall – played by none other than Idris Elba, not that you’ll recognize him under all those spines.

Everyone seems to survive the crash landing that follows, but the fight is far from over. Also, for some weird reason, there are motorbikes in this Star Trek move. Then again, directing Star Trek Beyond is Justin Lin, whom you might know from the Fast and the Furious saga.

The movie opens on July 22nd, and we can only hope it’ll be better than Into the Darkness. In the meantime, here’s the Enterprise getting torn apart in this new official trailer.