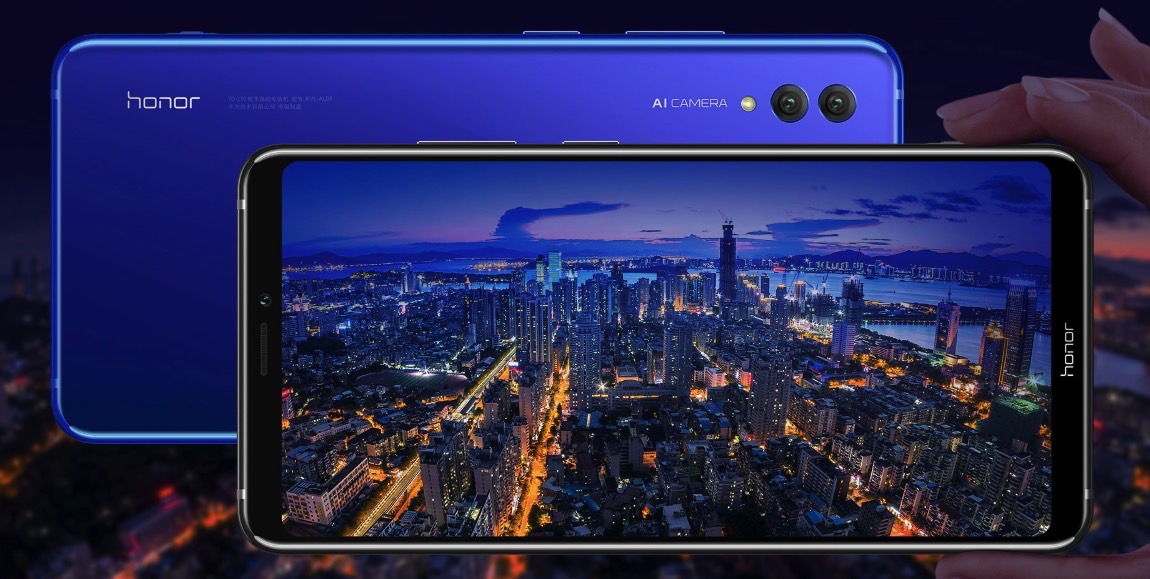 The Galaxy Note used to be the biggest phone you could buy back in the “phablet” days when Samsung kept increasing the size of smartphone displays to differentiate itself from the iPhone and all the other Android makers.

Fast-forward to present day, and phablet isn’t even a thing anymore, and that’s because almost every smartphone vendor out there has all-screen designs that dedicate generous surfaces to the screen. When it launches next week, the Galaxy Note 9 won’t be the phone with the largest display out there. Its screen will be even smaller than the iPhone X Plus. But Huawei outdid everybody by making a handset featuring a display as big as the screen of a small tablet.

That’s the Note 10 sold under Huawei’s Honor brand, a phone that packs a 6.95-inch AMOLED screen. That’s right into tablet territory, and those Android users who rocked Google Nexus 7 tablets, or any other 7-inch tablets, will know what I mean.

Comparatively, the Galaxy Note 9 will have a 6.3-inch display, while the iPhone X Plus will pack a 6.5-inch screen.

The phone packs a bunch of exciting features aside from the 2220 x 1080 6.95-inch display and all-screen design. We’re looking at an octa-core Kirin 970 processor, Huawei’s GPU Turbo technology, 6GB of RAM, 64GB or 128GB of storage, microSD support, dual-lens camera (24-megapixel and 16-megapixel sensors), 13-megapixel selfie camera, rear-facing fingerprint sensor, and 5,000 mAh battery. Running the show is Android 8.1 Oreo which is as good as it can get right now.

There’s no notch, not that one is needed on a phone this big, and there’s no mention of wireless charging support, although the phone is made of glass.

What’s great about this powerful tablet that can place calls is that it’ll be incredibly affordable, if you can find one in your market. The 6GB/64GB option retails for 2,799 yuan in China, or around $410. Add 64GB of extra storage, and the price goes up by 400 yuan, or some $60.