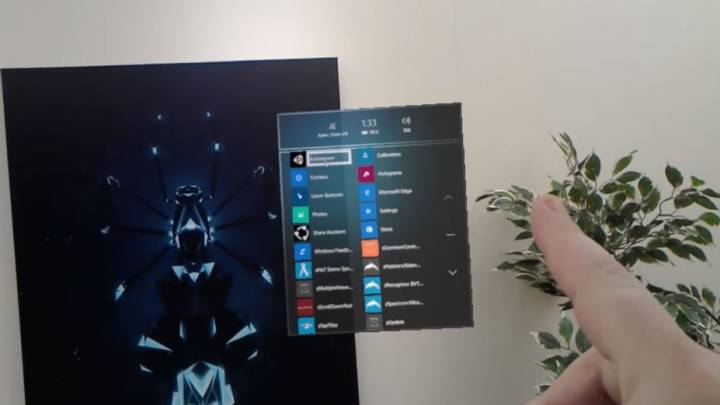 Virtual and augmented reality won’t be used solely for entertainment purposes, though immersive VR movies and games will definitely be exciting developments.  A new Microsoft tutorial video, first seen by WinBeta, shows us how apparently easy it is to flick open a Windows 10 overlay on top of a wall and interact with its user interface. A combination of head turns and finger gestures will get you to your desired destination with relative ease – or at least, that’s what the video is suggesting.

The user would be able to interact with holograms as he or she is interacting with the Windows 10 AR menu. Previous HoloLens demos have been more spectacular, showing us what can be done by mixing augmented reality with the real world. Microsoft has also demoed interesting games, including Minecraft, but that won’t be the sole use of HoloLens.

That said, it’s still too early to talk about a public release of Windows 10 for the HoloLens. But this new HoloLens video shows us yet another side of what Microsoft might be working on for the future. Check it out for yourself below.