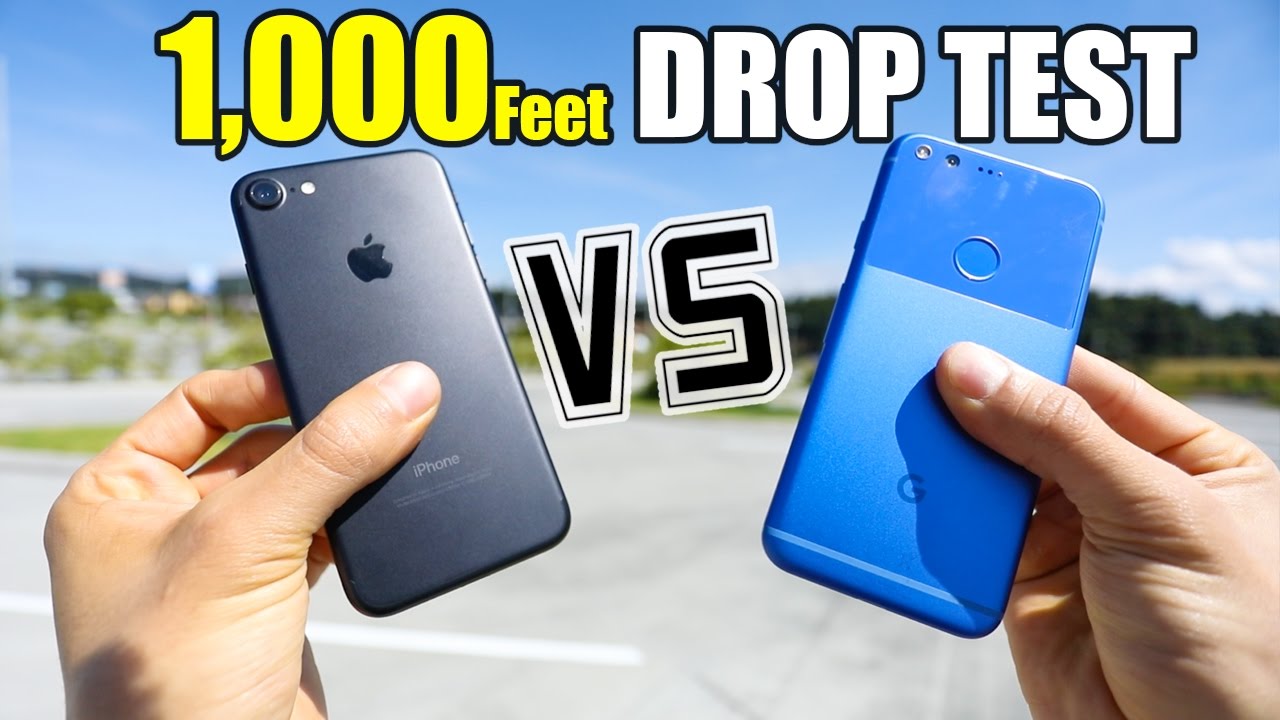 Depending on how clumsy you are or how often you put your phone in precarious situations, watching a drop test before buying a new phone might be a necessity. In fact, broken displays have become so common that Motorola went as far as to build a shatterproof display for its Droid Turbo 2 last year.

But sometimes, we just want to see phones dropped from great heights.

SEE ALSO: Samsung will finally explain what happened to the Galaxy Note 7

In a recent video, UnlockRiver has given new meaning to the term “drop test” by hanging an iPhone 7 and a Google Pixel from a drone, flying them both 1,000 feet into the air and dropping them on to solid concrete:

Unsurprisingly, the displays of both phones are shattered beyond recognition, but the body of the Pixel actually seemed to hold up a bit better than that of the iPhone 7. That’s not to say you’ll be dropping your phone from a skyscraper any time soon, but the durability of the Pixel is impressive nonetheless.

This isn’t the first time the UnlockRiver team has attempted such an insane experiment. Earlier this month, they dropped an iPhone 7 and a Galaxy S7 from the same height (alongside a Nokia 3310), and all three phones somehow survived.

As we explained when we covered the previous 1,000 foot drop test, it only takes a few seconds for the iPhone to reach maximum velocity, so 1,000 feet is virtually the same as 100 feet for the purpose of the test. But that doesn’t make it any less fun to see two phones fall out of the sky and explode on concrete.