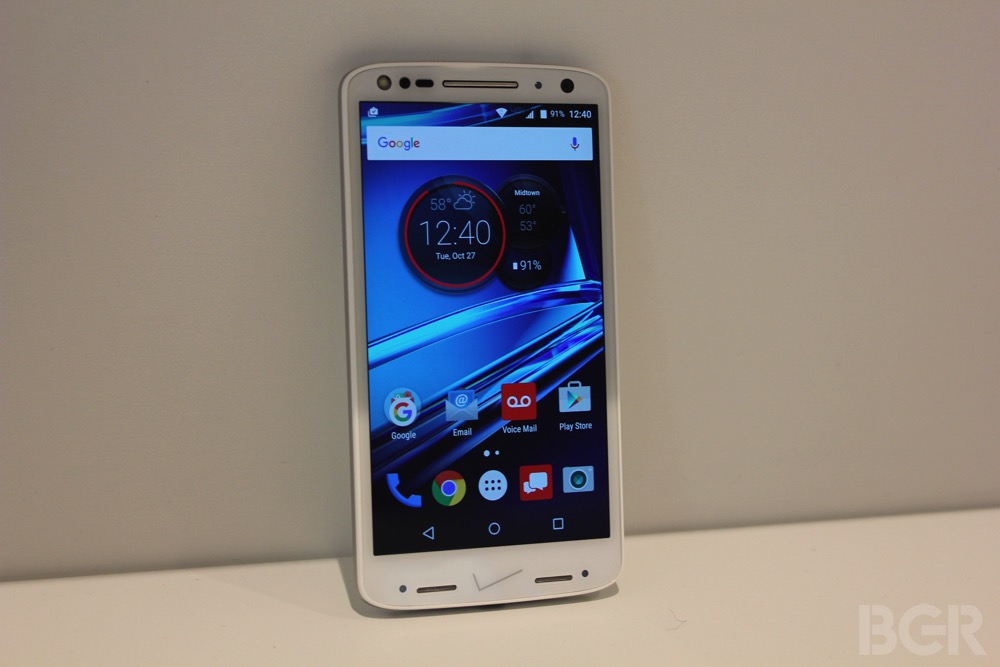 The recently unveiled Motorola Droid Turbo 2 is one of the more intriguing and compelling smartphones we’ve seen in a long time. Not only does it come with an advertised battery life of 48 hours (early reviews confirm this), but it was also designed to solve one of the most frustrating aspects of smartphone ownership: a shattered screen.

We’ve all been there: in the blink of an eye, your trusty smartphone slips out of your hand and leaves you with a spider cracked display. And because most smartphones are subject to two-year contracts, I’m sure we all know someone who has had to frustratingly live with a shattered screen for months on end, painfully counting down the days until they’re finally eligible for an upgrade.

The Droid Turbo 2, armed with a robust and futuristic display called the Moto ShatterShield, may finally be the device we’ve been waiting for to obviate the need for a case. In fact, Motorola is so confident about the device’s durability that it’s giving users a four-year warranty against shattering and cracking.

Recently, The Next Web picked up Motorola’s latest smartphone and decided to see just how shatterproof the display really was. You can forget about all of those insane videos where people shoot bullets through a smartphone or put devices in a blender; instead, let’s take a look at how the Droid Turbo 2 really stands up to real world abuse.

As the video above demonstrates, Motorola’s claims appear to pan out. While some portions of the Droid Turbo 2 suffered some damage after a barrage of drops and forceful throws, the display itself held up perfectly fine.

“I can’t imagine any other phone on the market that would survive what we just put it through,” Natt Garun says at the end of the video. And after witnessing the display withstand a solid crack with a baseball bat, we’re inclined to agree.

If you’re curious about the engineering that went into designing the Droid Turbo 2’s shatterproof display, Motorola put together the following informational video.