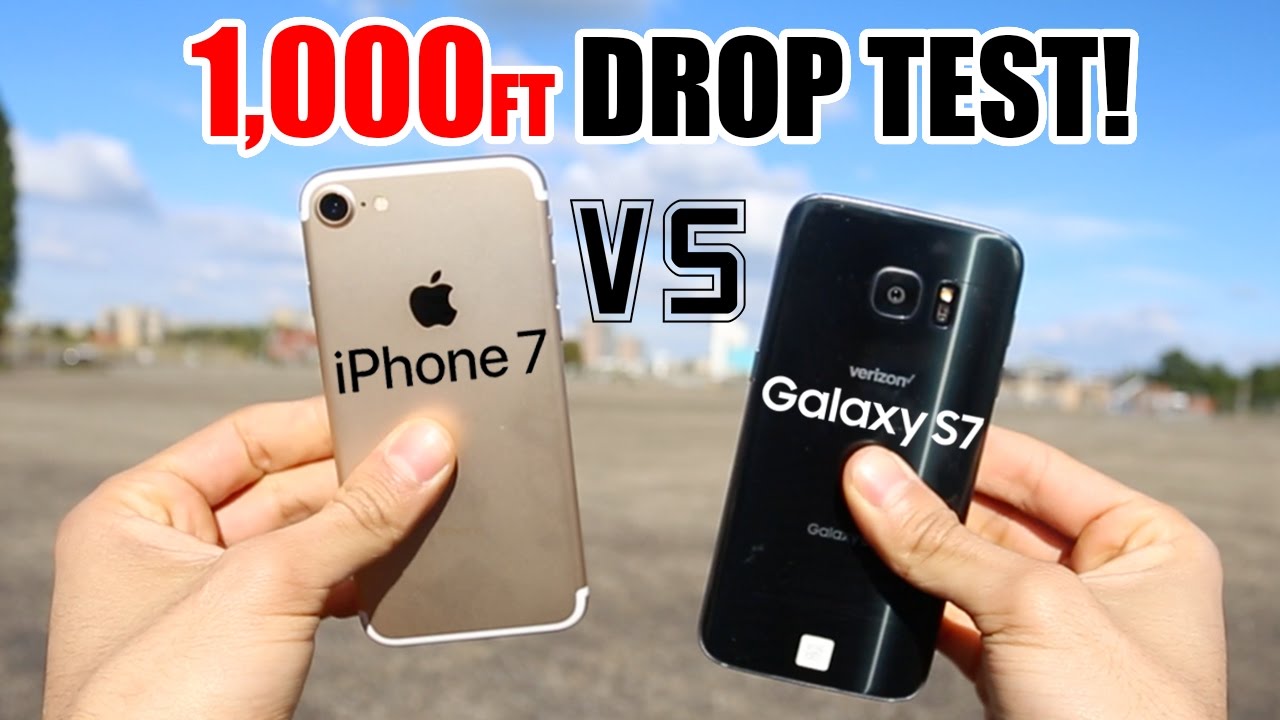 We’ve heard plenty of arguments about whether the iPhone 7 or the Galaxy S7 is faster. Both sides can use all sorts of different benchmarks and tests to make their case, but until now, we’ve never seen the most important speed tested: namely, which phone accelerates faster into the ground when dropped from 1,000 feet?

The folks at Unlock River decided to drop test the iPhone 7 and Galaxy S7 side-by-side, but rather than doing a series of conventional drop tests — face first, edges, back — there was just one drop, and it wasn’t all that controlled. They tied an iPhone 7, Galaxy S7 and Nokia 3310 to a drone, sent it up to 1,000 feet, and released the payload.

Now, according to some math done by Wired five years ago, the terminal velocity of an iPhone is somewhere around 60 miles per hour. It will only take a few seconds to reach that speed, so dropping an iPhone from 1,000 feet isn’t that different to dropping one off a two-storey building: namely, you wouldn’t expect it to survive.

Both the iPhone 7 and the Galaxy S7 actually went through the test surprisingly well. The back of the iPhone was bent and dented, but the screen itself was fine, and even the glass covering the display survived. This is despite landing on a corner, which is historically one of the worst places for phones to take an impact.

The Galaxy S7 fared a little worse, with a cracked back plate and a small amount of shattered glass on the front. The touchscreen continued to work, though, and overall, both phones looked a lot better than you’d expect for delicate electronics recently dropped from an aircraft.

Although a drop test from 1,000 feet using a drone is mostly just a good excuse for YouTube views, the results do tell us something. Much as we criticize modern phones for being delicate and fragile, both brand-new smartphones survived just as well as the old Nokia.