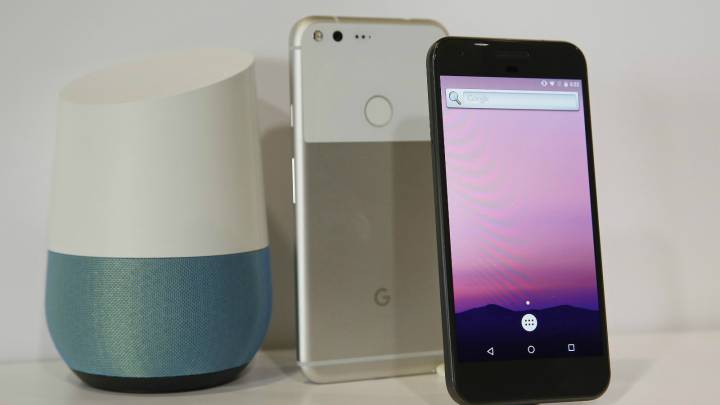 Just as anticipated, Google and HTC announced a few hours ago that Google is indeed going to buy a part of the struggling Taiwanese company. But while we thought Google will buy the entire mobile division of HTC, that’s not actually what happens. Google is only purchasing a part of the smartphone team, the one that’s responsible for the Pixel-branded iPhone clones.

Google’s HTC almost-acquisition is the second such venture for the company. A few years ago, Google purchased Motorola, but it didn’t really put it to good use. Motorola ended up in Lenovo’s backyard shortly after Google bought it.

Google’s $1.1 billion only pays for a portion of the HTC mobile division, the smartphone design and engineering teams that worked on the Pixel, assuming they will want to move over. And, at this point, there’s probably no reason to stay at HTC and make non-Pixel HTC phones.

Yes, HTC will continue to manufacture smartphone of its own, in spite of the failure to come up with anything that could actually compete with the iPhone and Samsung.

At least one more HTC device will follow the “successful” HTC U11. From HTC’s press release announcing the deal:

This agreement also supports HTC’s continued branded smartphone strategy, enabling a more streamlined product portfolio, greater operational efficiency, and financial flexibility. HTC will continue to have best-in-class engineering talent, which is currently working on the next flagship phone, following the successful launch of the HTC U11 earlier this year. HTC will also continue to build the virtual reality ecosystem to grow its Vive business, while investing in other next-generation technologies, including the Internet of Things, augmented reality and artificial intelligence.

Before the deal became official, we thought HTC would focus only on the Vive products going forward. But that doesn’t appear to be the case.

One plausible explanation is that HTC Is already well into the development of a 2018 flagship and it’s still looking to make the most of its existing inventory. That’s probably something Google isn’t too interested in, which would explain why HTC chose to keep its crippled mobile division around for at least one more year. $1.1 billion is a nice chunk of cash to keep HTC afloat, but what’s to say that HTC will finally find a way to make money from its smartphones in the coming year?

Google’s Rick Osterloh meanwhile, thinks that HTC has a bright future, at least the part that Google just acquired. “We’re very excited about what we can do with this agreement over the next five, 10, 20 years,” Osterloh said, according to TechCrunch. “Winning in the long run is why we signed this agreement with HTC.”

Ironically, it’s the LG-made Pixel 2 XL that appears to be the more exciting new Pixel this year, not the Pixel 2 that Google’s HTC is making.

The new Pixels and other Google products will be unveiled on October 4th, a point Osterloch made in Googe’s announcement blog of the HTC deal.