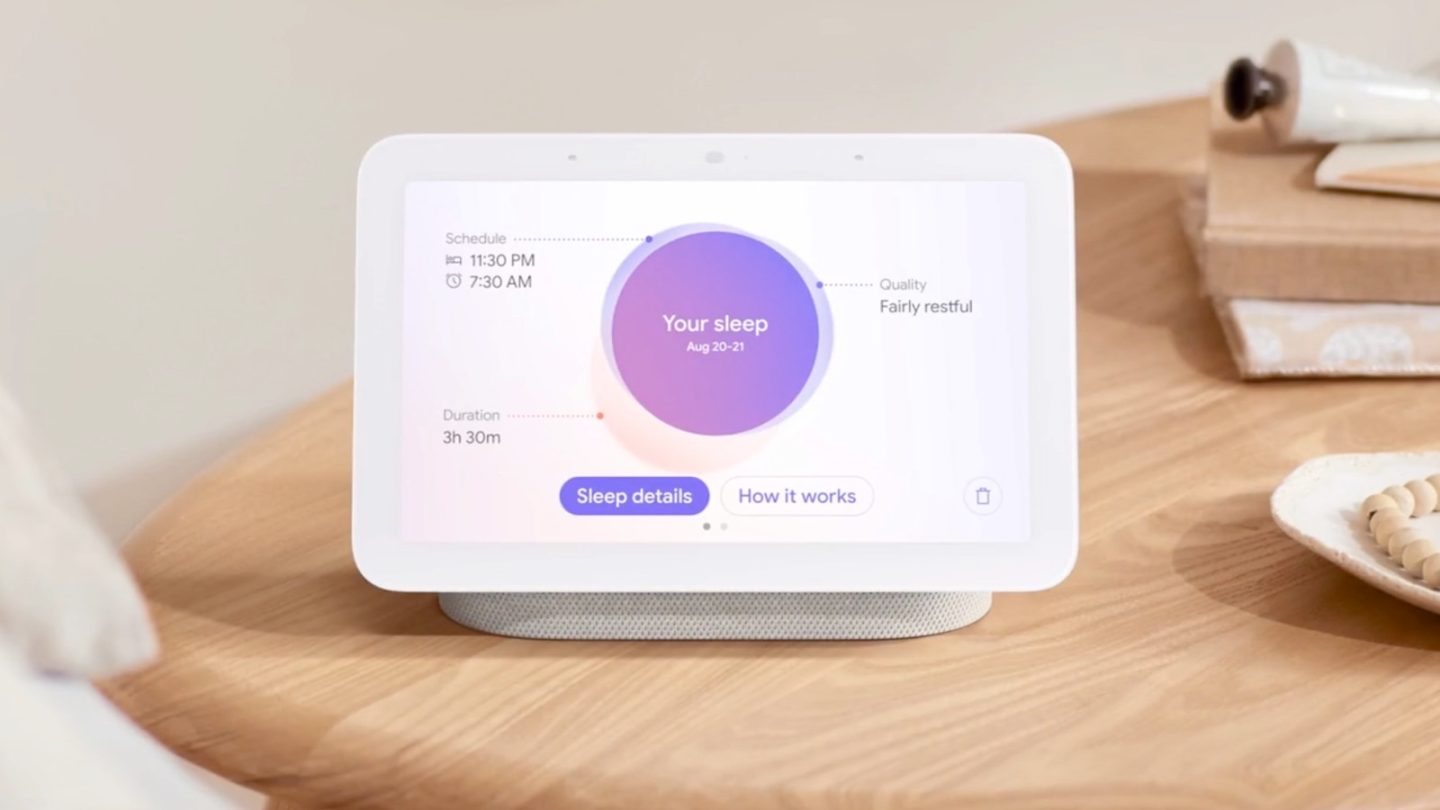 Google just unveiled a brand new Nest Hub smart display, which is now available for preorder from the Google store for $99.99. The new device will offer many of the same features as previous models, including Google Assistant support to answer your questions and several entertainment apps, including Netflix, YouTube, and Spotify.

But the new Nest Hub comes with an exciting feature that wasn’t available on previous devices: A sleeping tracker that uses Google’s Soli radar chip.

Google unveiled the Project Soli radar long before bringing it to the Pixel 4 a couple of years ago. The Soli chip (Motion Sense) was used with the 3D face recognition system and allowed people to control the Pixel via gestures. As sophisticated as the feature might have been, it wasn’t really adding much to the Pixel. If anything, it forced Google to go with an ugly design for the phone. Google promptly removed the Soli chip from the Pixel 5, just one generation after its debut, but the same chip is now packed inside the second-generation Nest Hub.

Motion Sense will now measure the quality of a person’s sleep by analyzing their movement. The new Nest Hub doesn’t have a camera and only uses radar to detect motion. The Sleep Sensing technology combines radar information with sounds. It can pick up snoring and coughing and present that information in sleeping reports. The smart screen will connect to other sensors and could take into account temperature and light information. No wearable is needed for picking up any additional data either.

Sleep data can be presented on the screen but also on phones via the Google Fit app for iPhone and Android.

Some people might be wary of handing Google even more personal data, and Google addresses the concern head-on. The Sleep Sensing feature is optional, and you can disable it if you want to. When enabled, an indicator on the screen will remind you that the Nest Hub is tracking your sleep. Motion Sense will not record specific bodies or faces, and the coughing and snoring data are processed on the device, which means audio files won’t go to Google.

The sleep data will be shared with Google Assistant, but Google says that it won’t use sleep data for ad personalization, and users can review and delete data at any time. Sleep Sensing will be available as a trial until next year, but then Google will turn it into a subscription service. Google hasn’t said how much the feature will cost.

The following video shows how Sleep Sensing works on the new Nest Hub. Google also has support documents in place explaining how the feature works and the Sleep Summary data: