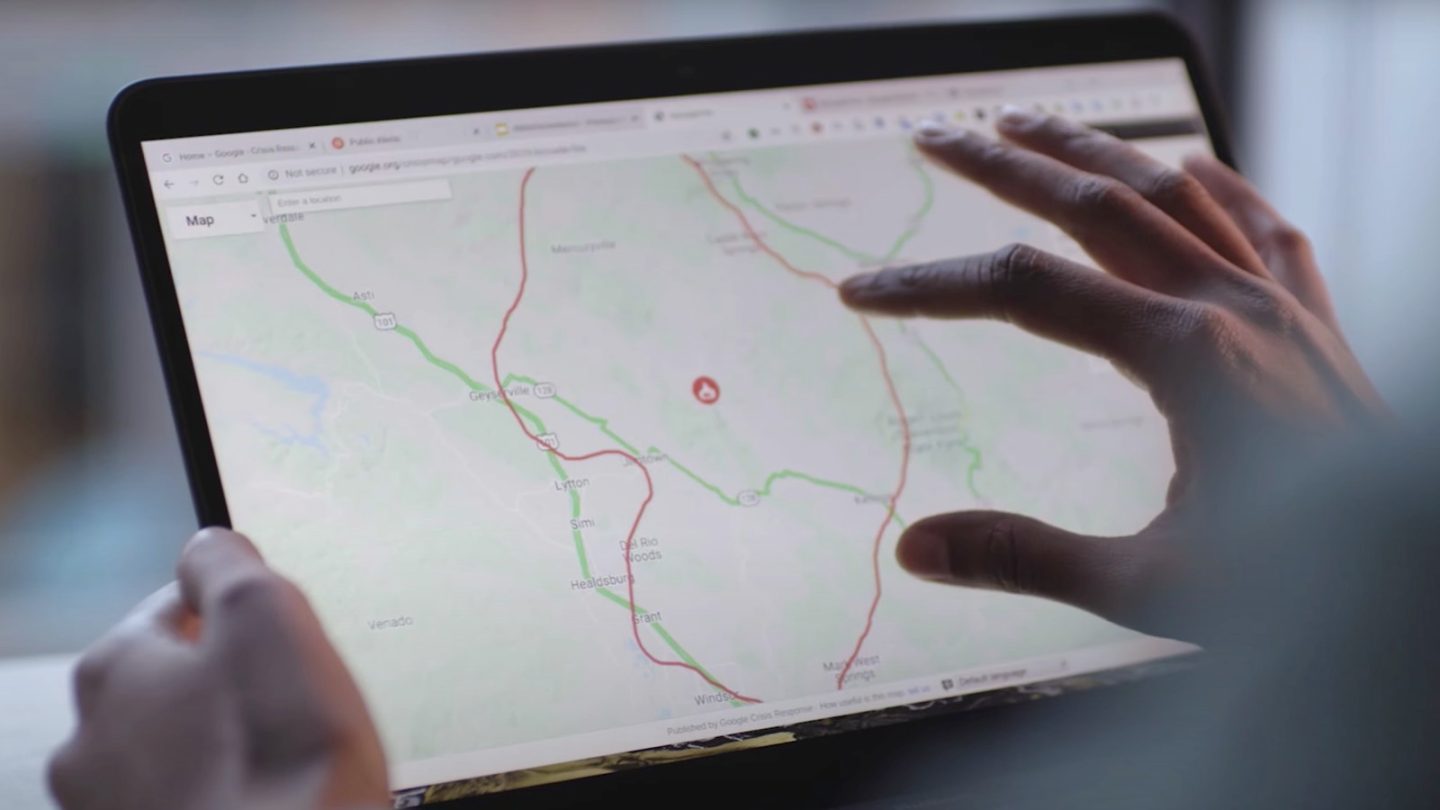 Google made several Google Maps announcements in its Search On event on Wednesday. They highlight some of Google’s navigation-related initiatives that might not have an immediate impact on the way most people use the application. Google Maps’ primary purpose remains to help people navigate their surroundings, whether they’re driving around or exploring nearby attractions on foot. But that simple Google Maps experience might suffer greatly under certain circumstances, and that’s where Google’s new features come in. Like the new Google Maps wildfire layer that might actually save your life.

Last year, Google announced a new wildfire feature in Google Maps that shows users nearby wildfires. It also displays updated information about related threats. Wildfires are the kind of emergency that will significantly impact navigation and directions, of course.

Some regions of the world routinely experience wildfires. But things are getting worse each year as climate change continues to take its toll. This year alone, we’ve seen wildfires appear all over the world as the summer heat arrived.

That’s why Google has upgraded the wildfire boundary map functionality to a full Google Maps layer. Tapping on the wildfire layer is enough to bring up information about your area. You’ll see if any fires are burning around you and get all the emergency information you might need if evacuations are advised.

The wildfire layer will also show containment info when possible. Google Maps will display how many acres have burned as well, if that information becomes public. Google also said it’s partnering with the National Interagency Fire Center (NIFC) to show more fire information. Australia will be next to receive similar coverage in the coming months.

The new layer will roll out to Google Maps globally, starting with Android. iPhone and desktop versions of Google Maps will get it in October.

The steady rise of average temperatures is also an important result of climate change. The summer heat can be deadly without wildfires, and Google relies on its Google Maps satellite information to help cities mitigate extreme heat.

Google will expand its Environmental Insights Explorer (EIE) Tree Canopy tool to more than 100 new cities next year. Tree Canopy Insights is a feature that uses aerial imagery and AI to find places that are at risk of experiencing rising temperatures. The feature is available in 15 US cities right now. They can take advantage of it to increase shade areas by planting more trees.

Finally, Google also expanded another Google Maps feature that most people will not routinely experience. Google is continuing its work of bringing addresses to billions of people around the world who do not have a physical address. That’s because streets aren’t named, which makes navigation increasingly difficult. Also, not having an address impacts other aspects of everyday life, like opening bank accounts and voting.

Google uses an open-source system called Plus Codes that can quickly assign addresses to any street. The new Address Maker app will help organizations in countries that still deal with this problem. They’ll be able to create unique addresses that people can take advantage of.

Unlike the wildfire layer, the Tree Canopy Insights and the Address Maker features will not be immediately visible to most Google Maps users. But they certainly can make an impact in various locations around the world when it comes to improving navigation and quality of life.