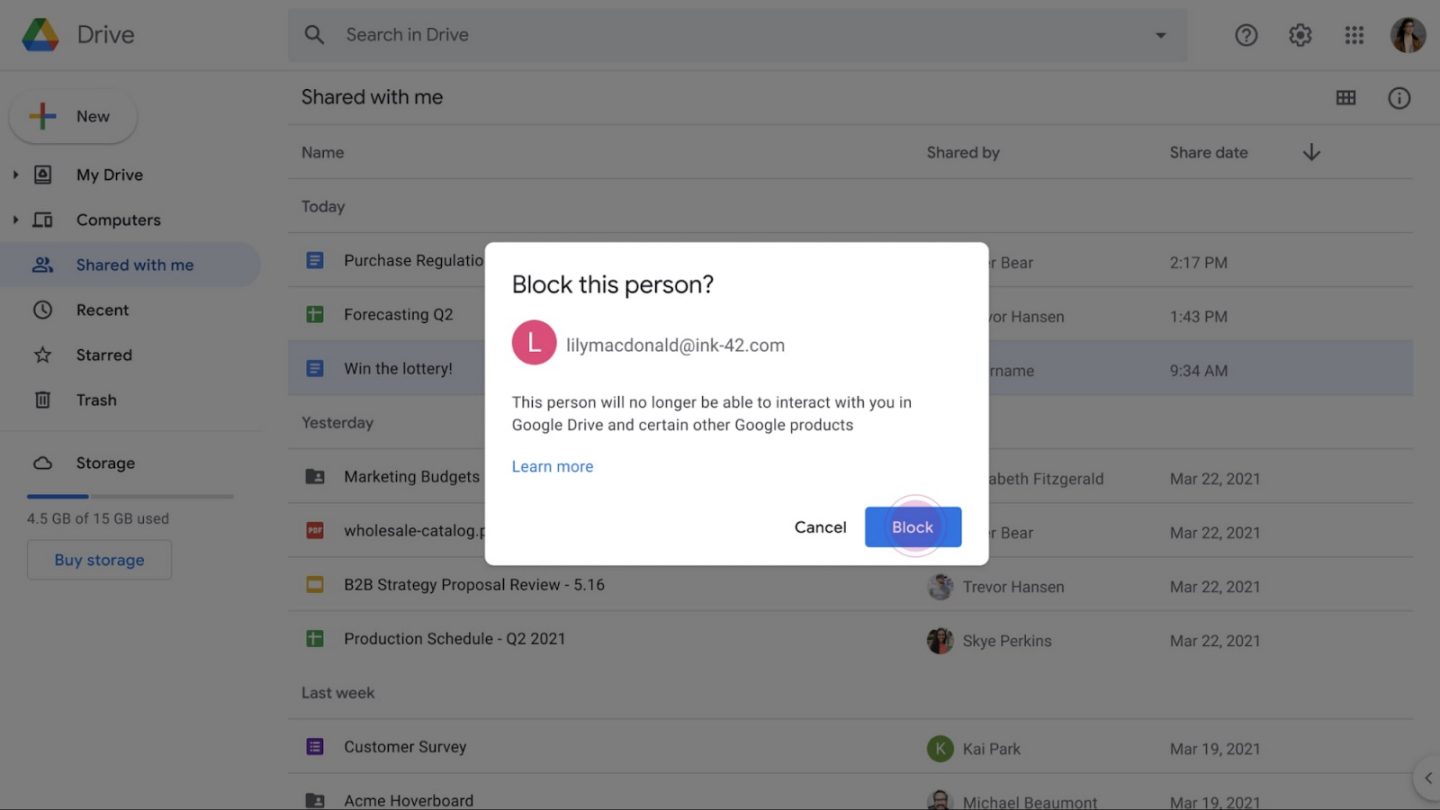 Bad actors on the internet are constantly finding new ways to send us spam. The emails, the phone calls, the texts — it’s impossible to avoid spam. If it can be used to communicate with others, someone will use it to spam you. One of the most obscure methods of spam is Google Drive spam, and although it isn’t quite as irritating as many other forms of spam, it has been enough of a problem that Google felt the need to address it back in 2019.

Thankfully, at long last, Google has a solution. On Google’s Workspace blog this week, the company revealed that a tool to combat Drive spam is currently rolling out. Announced back in May, Google is giving Drive users the ability to block other users.

As Google explained in May, “Drive’s sharing capabilities fuel productivity and collaboration, but bad actors can abuse tools that are meant to facilitate helpful sharing.” Here are all of the ways that user blocking will protect you from those bad actors going forward:

According to Google, a gradual rollout of the feature began on Thursday, July 22nd. It could take up to 15 days for the feature to appear on your personal account. Once you get the feature, you can block anyone by simply right-clicking on a file from that person and clicking Block.