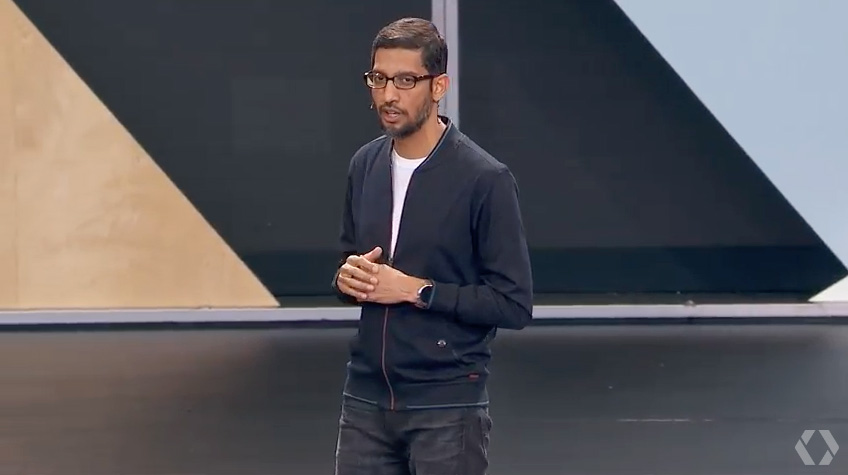 The wait is finally over, Google fans — Google I/O 2016 has arrived. Alphabet CEO Sundar Pichai will be your host during the big keynote this afternoon and if you’re not already following along, you can catch all the action live right here in the Google I/O 2016 keynote live stream. The keynote has officially begun, and Google didn’t waste much time before getting to the big announcements. With more than 7,000 people in attendance, Pichai began the event by announcing the all new Google Assistant.

Google Assistant is Google’s move to make its user experience an ongoing conversation. It’s a natural extension of Google Now, supporting continuous conversations that provides a new generation of search. It’s also perfect for voice search. So, for example, someone might search “who directed The Revenant?” Once the answer is revealed, subsequent questions or commands might be “what other movies has he made?” or “what year was it released?” Instead of starting over from scratch, Google can continuously serve relevant answers.

“Conversational understanding” is the name of the game here.

Beyond that, Google’s new Google Assistant feature addresses fuzzy search in a whole new way. “What’s playing tonight?” might return movie times at a nearby theater. Then, saying something like “I want to bring my kids” will narrow down the results to kid-friendly movies, and then saying “buy four tickets” will actually make the purchase.

Google Assistant is the future of search, extending its utility in an infinite number of new directions. And to extend this great functionality into the home more efficiently, Google unveiled the Google Home speaker, which is very similar to the Amazon Echo but powered by Google Assistant technology.

Google Assistant is also tapped into all of the Google services you use. For example, conversations can utilize data pulled from Gmail, Google Calendar and so on.