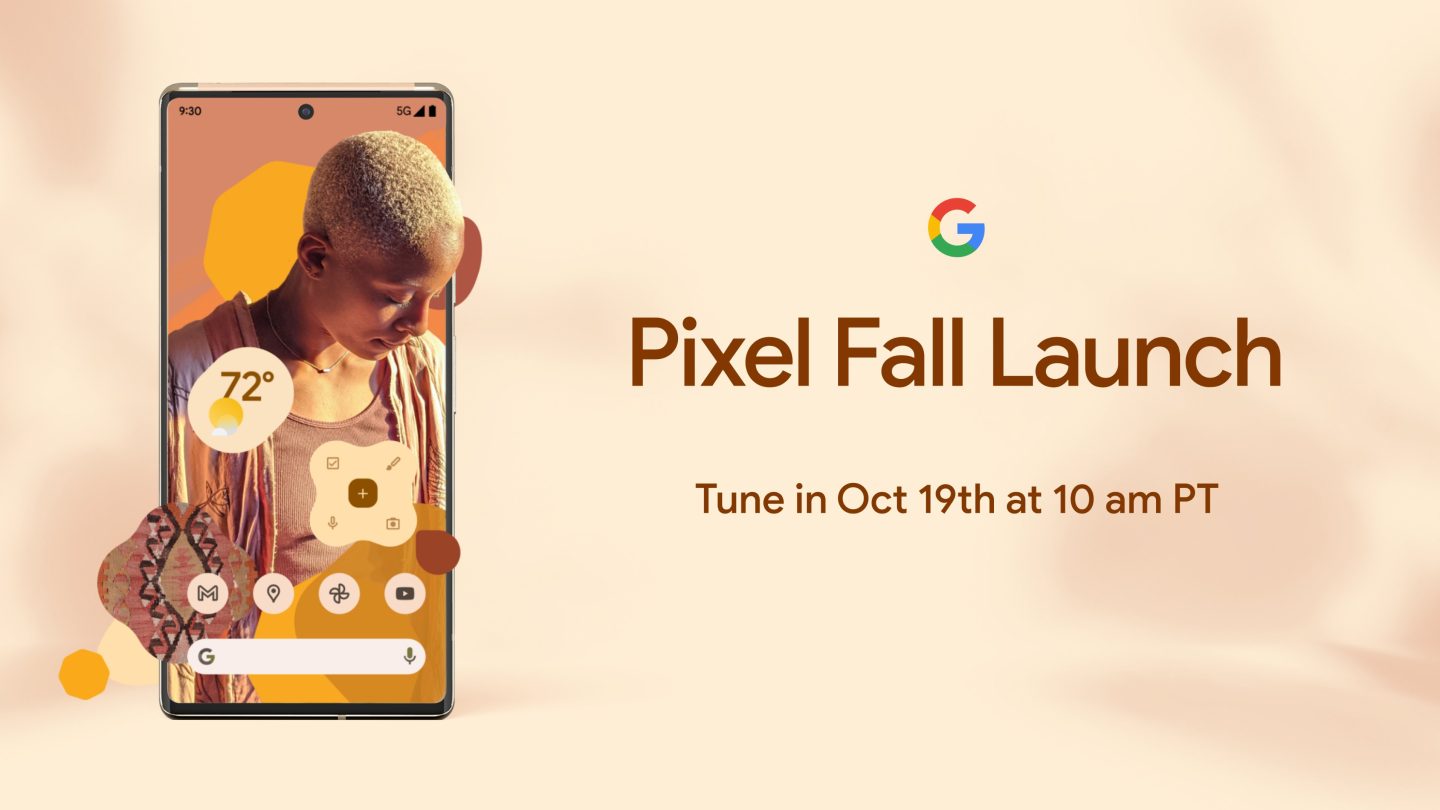 Google revealed on Tuesday that it will host a launch event for the Pixel 6 and Pixel 6 Pro on October 19th. The event will officially begin at 10 a.m. PT / 1 p.m. ET, but the live stream will be pre-recorded. Expect something along the lines of what we saw from Apple’s iPhone 13 event.

Unlike Apple’s event, Google isn’t trying to pretend that what it plans to show off is still a mystery. In fact, Google spoiled the existence of the phone itself while announcing its custom-made Tensor chip. Google not only confirmed the names of its upcoming phone models, but even unveiled the design. So what exactly does Google plan to announce at the Pixel Fall Launch later this month?

What to expect at the Pixel 6 launch event

“On October 19, we’re officially introducing you to Pixel 6 and Pixel 6 Pro—the completely reimagined Google phones,” the company revealed in an FAQ about the event. “Powered by Tensor, Google’s first custom mobile chip, they’re fast, smart and secure. And they adapt to you.”

If you want to get an even closer look at the Pixel 6, check out the website Google built for this event. By holding down spacebar, you can “change moods,” which affects the music as well as the phone’s background. It’s a neat preview of the new phone and Google’s Android 12 software.

Google tried to get ahead of the leaks, but as usual, there was no stopping the internet.

The same leaker that claimed to know the price of the Pixel 6 also suggested that Google would hold a launch event on October 19th. Considering that he was right about the event date, it’s probably worth noting that he predicted the phones would hit store shelves on October 28th.