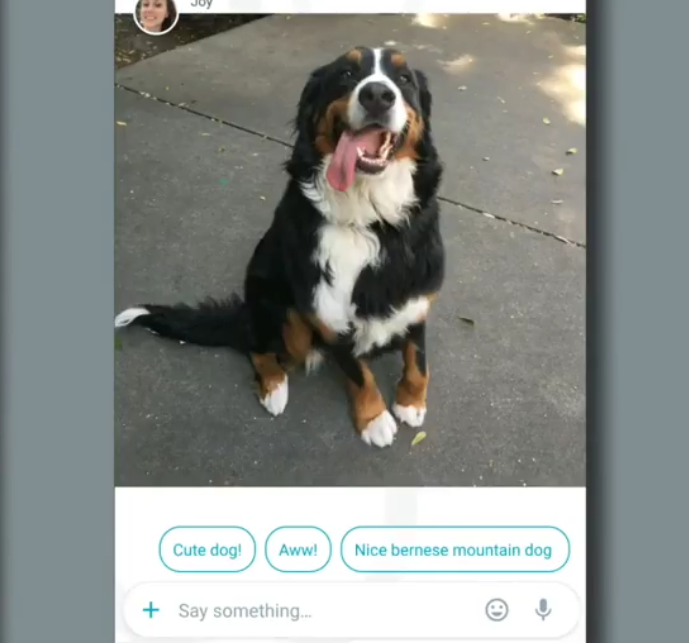 Google already has a messaging app, but good as Hangouts is, it isn’t “smart.” Google is changing all that, by launching another messaging app, named Allo.

According to Google, it’s based off your phone number, much like WhatsApp. But it anticipates all sorts of Google’s smarts, like predictive responses using Google’s AI.

There’s a few other features: image annotation, or changing the size of messages to “whisper” or “shout.” But the big news here is definitely the integration of Google’s computer vision and natural language processing. Google’s selling this as a messaging app for lazy people: rather than having to bother typing “cute dog,” Google will recommend the phrase, and you just have to tap to send it.

There’s also other integrations: Google is trying to bring its search abilities right into the app. Example: you can search for a restaurant directly in the app, and then thanks to a third-party integration with OpenTable, make a reservation, without ever changing out of the app.

You can even open up a chat directly with Google. It should be familiar to anyone who’s conversed with Slackbot, only in theory, much smarter. It’s another Google effort to make using Google services, although I’m not sure why anyone would have a text chat with Google, rather than just asking Google Now a question.

There’s also the ability to play games directly with Google Assistant, which feels a little desperate.

There’s also a timely integration of encryption software: Google Allo messages will be encrypted by default, but there’s also an incognito mode, which will use end-to-end encryption, so no one anywhere can spy on your messages. I’m sure the FBI will love this.

All in all, Google Allo feels a little unfinished at the moment. Google’s selling it as the new home of the new Google Assistant, but right now, I’m not sure what the app is like, or what it’s meant to be used for.

That’s not all, of course! Google has a second new app for us, and it’s a little more streamlined.

Google Duo is a straight video-calling app, end-to-end encrypted, and apparently really good on slow internet connections. That would be enough to sell me, but there’s another new feature Google’s calling “Knock-Knock.” It will show you a preview of whoever’s calling before you pick up, although hopefully there will be ways to filter out the dick pics.

Both apps will be available on Android and iOS sometime this summer.