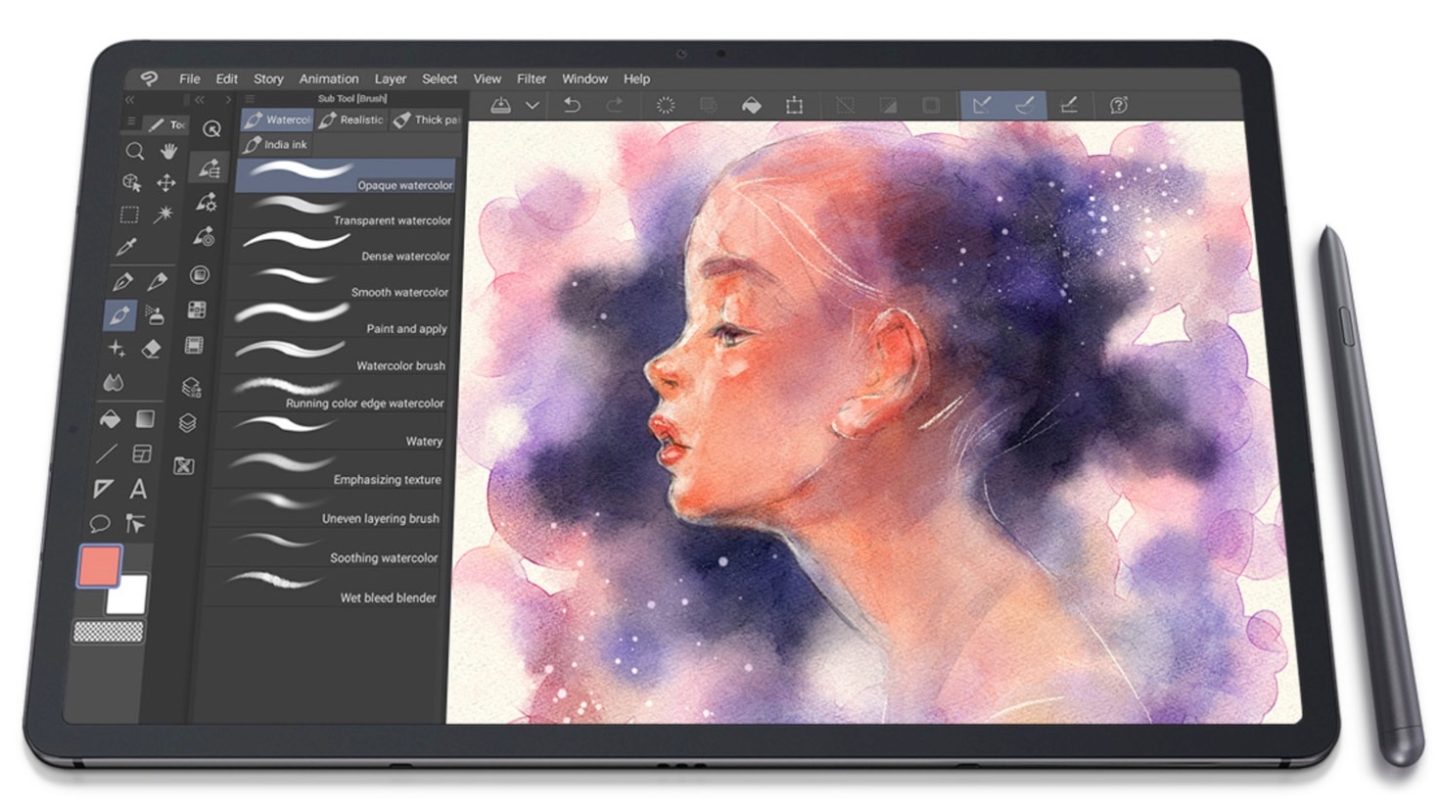 If you want an iPad Pro alternative, Samsung’s high-end Galaxy Tab S series of tablets is your best bet. Just make sure you get the latest high-end Tab S model, and you’re bound to get the best possible Android tablet money can buy. Samsung might not have the same control over the software as Apple does with the iPad Pro, but the Galaxy Tab S models will still deliver a great experience. They feature all-screen designs, flagship hardware, stylus support, and 120Hz OLED panels. The Galaxy Tab S8 Ultra is the next-gen flagship in the series, and has leaked a few times already. And from the looks of it, the Tab S8 Ultra might be Samsung’s first device with a notch.

The iPhone X wasn’t the first phone to feature a notch back in 2017. But Apple’s compromise between Face ID security and the all-screen iPhone design set the tone in the industry. For the better part of the year that followed, almost every new Android handset came with a notch at the top. Those devices did not even feature Face ID, nor did they have perfect all-screen displays. It took a while longer for the Android camp to settle on the current handset design: an all-screen display with a hole-punch camera. Apple stuck with the notch while Android vendors defined their own design identity.

Notably absent from the camp of Android device makers selling iPhone X lookalikes was Samsung. And Samsung was the company that pioneered the hole-punch design we see on most Android phones right now. Embracing the notch would have easily led many to criticize Samsung’s decision to copy the iPhone again. So the Korean maker steered clear of that. By putting a notch on the Galaxy S8 Tab Ultra, Samsung would do something Apple hasn’t yet done.

The iPhone 13 series brought the first notch design change. The Face ID bezel is narrower and taller than before. But it’s still there. Apple then surprised the world with a different notch. The 2021 MacBook Pro comes in two sizes. Both the 14-inch and 16-inch models feature mini-LED screens with thin bezels and notches at the top.

Apple explained that the notch allows it to offer users more screen real estate. The notch is part of the menu bar, which means the user still has access to a 16:10 display below it.

Some people might not like the display abnormality, but there’s nothing wrong with it. The same goes for the upcoming Galaxy Tab S8 Ultra flagship tablet.

The MacBook Pro notch leaked in earnest in the days preceding Apple’s Unleashed event. We wondered at the time whether the leaks could be accurate. And we saw at the time a Samsung leaker seemingly confirming the leak. Ice Universe posted on Twitter renders of a MacBook Pro with a notch next to renders of the Galaxy Tab S8 Ultra with a notch.

The rebirth of Notch pic.twitter.com/6nor7Ch1mU

Another well-known leaker for his renders of unreleased devices seems to confirm the Galaxy Tab S8 Ultra design. OnLeaks partnered with 91mobiles to deliver a set of images that show Samsung’s upcoming high-end tablet featuring a design similar to Ice’s render.

The tablet should be used primarily in landscape mode, given the notch’s placement. The tablet features a large 14.6-inch display with symmetrical bezels that are even thinner than what we’d expect on a tablet. If the renders are accurate, the bezels are thinner than the iPad Pro. And that’s why a notch is needed.

The bezel cutout holds the front-facing camera, although there’s no 3D face recognition system built into that notch.  Samsung has debuted its under-display camera tech with the Galaxy Z Fold 3. But it’s unclear whether we’ll see it equip other flagship Samsung devices.

The Galaxy Tab S8 Ultra renders also indicate the tablet will feature four speakers and a USB-C port. But there’s no headphone jack on this tablet. On the back, there’s an S Pen stylus magnetic strip and a dual-lens camera.